It's not magic, the great Aston Villa blag and looking forward to next season with Steve Bruce

I can understand why so many are thinking that Steve Bruce should resign or be sacked but it would be wrong. The bottom line is that if he does go and he's replaced, nothing will change this season and it's only going to make our situation worse. And it's not about players not playing for him or tactics, it's about time for his way of working to be understood and for it to start working.

Yes, we brought him in at the wrong time, but that's happened and it can't be changed. And yes, nobody looked at how or why he got teams promoted and we changed that situation for him too. But whatever I might think of the owner, he's not stupid and I'm sure he's going to factor these things in moving forward.

In fact and on reflection, I quite like Tony Xia. I think he spends too much time on Twitter but he's quite literally blagged his way into buying Aston Villa and you've got to admire that. He also talks about work culture as if he understands its importance. And despite the pace of change happening all around us, he seems to now understand that we have to stop making so many changes to the people at Aston Villa and look for some continuity and stability.

And if we look back at what has made Steve Bruce successful in this League, it was that he didn't have the money to make so many changes in his previous clubs. He worked with what he had and he got the results necessary for promotion. He simply has to be given a proper chance and it's not his fault the Club is in such a mess.

And nobody likes where we are but we wont get promoted this season by replacing him and in the long run, it's not going to get us out of this cycle we're in. Bruce will get us promoted, but you also can't forget that a second season in the Championship usually means a third and often a fourth. Bruce isn't to blame for that. For that mistake you have to look at the owner and CEO. They can do their best to rectify it, but changing manager isn't going to help, not now, because we've passed tipping point.

Steve Bruce knows what he's got to do to get out of this League and he'll do it. And as supporters, we have a part to play and we have to be actively engaged in that, not against it.

Last night was horrible. This year has been horrible. But it's not going to get better overnight by replacing a manager and you know what, even if we get promoted, we're not going to win the Premier League or be playing Champions League football any time soon. Or did you believe the owner when he made that prediction into the future?

Look, none of us are going to stop supporting Aston Villa if we don't go up. And we will probably all agree that when you break it down what we really want to see is good football with passionate players because if we do, we'll win games and if we win games we'll win things. But it's not a switch or a magic trick.

This makes so much sense to me and I honestly can't understand why some say Steve Bruce has got to go. I mean, knowing what we know and seeing what has happened by continuously changing managers and players, that some still think it will magically change by replacing one of the most successful Championship managers after he's still not had enough time, baffles me. It honest to God baffles me with all that we know.

It's not to say that I'm right and he'll get us promoted. But one thing I think we can all agree on is that he's not had a proper chance and with his track record, that is the absolute least he deserves. 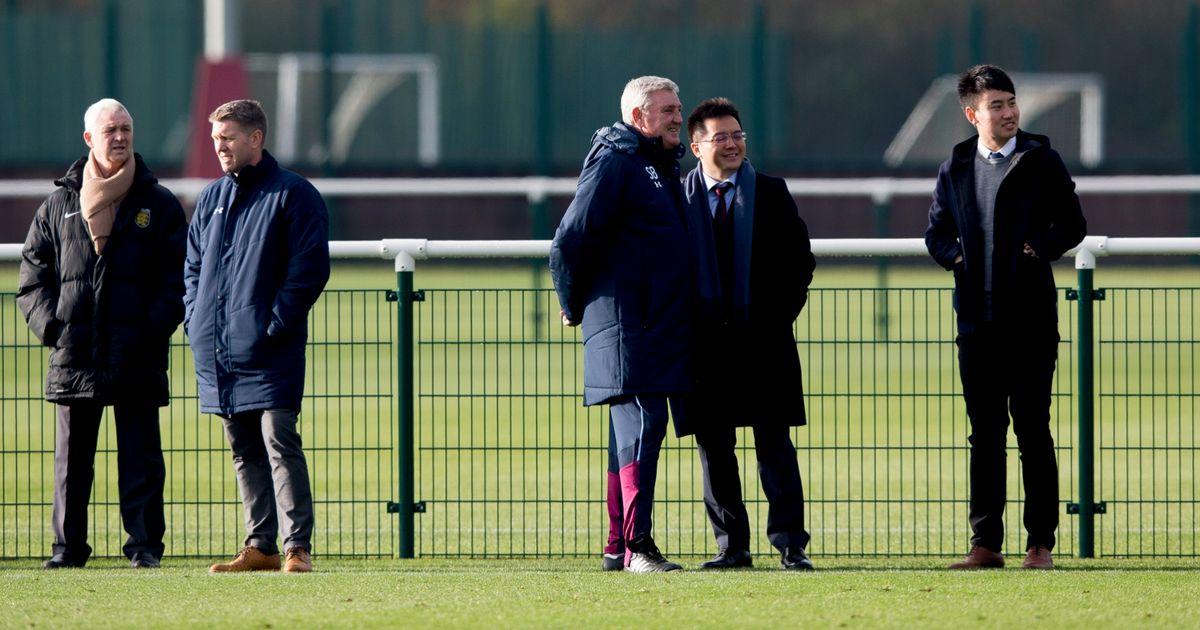