The dark art of muppetry 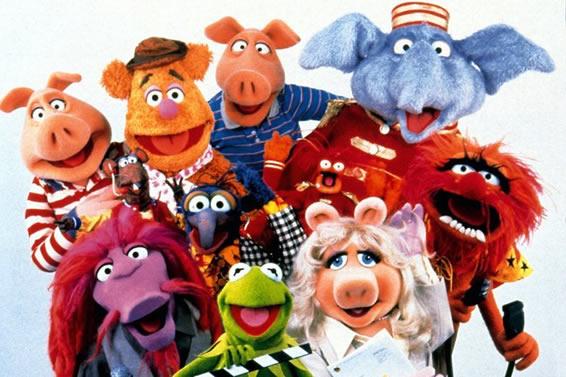 Like many of you, I drew a breath when Damian castigated those who call for Houllier's head as "muppets". It was strong stuff, and it drew a strong reaction.

I've already said what I want to say about the manager's short-term future, and I don't want this piece to invite further argument about Gerard Houllier's position. That, for the rest of this season at least, is put to bed.

But I do want to re-address the notion of muppetry. And - even though I can't provide a clinical definition of "muppet" - I think there may well be an undue number of muppets (sic) posting opinions on this site.

In this context, I want to address some Villa "fans'" comments in the wake of Ashley Young's outstanding performance against Wales. And in case any objective angle were sought (I am a Villa fan and hence not objective), I have not yet read a national newspaper which did not consider Ashley Young man-of-the-match.

Let's look at the first gripe.

This doesn't make any sense, does it? There are a few players who may command an England starting place regardless of club form, but Ashley Young isn't one of them. Ash earned his place through his performances for Aston Villa under the watchful eyes of Fabio Capello and his scouts, and then at the England training camp.

Capello selected Ash having watched him game after game for Villa - and then started him because he thought him better than all his other options. As Villa fans, we should be proud of him. Anyone who isn't, is a muppet.

Ash played well, but the opposition was shite

So what? We've all seen Wayne Rooney and Steven Gerrard fail against Andorra. Ash used the ball well when it was at his feet, and used space well when he didn't have the ball. His movement murdered Wales in the first twenty minutes - and his passing and crossing was top-notch throughout.

Sure, you can ask whether he could do the same against Argentina - but why not? He has the pace, he has the skill, and he has the ability to read the game. If you're going to write Ash off as an England international just because this game was against lowly Wales, then you're a muppet.

Ash was just putting himself in the shop window

Of course he was. That's what players do, isn't it, when they get called up for England? Far from swelling with pride at the very thought of wearing the Three Lions, Ashley Young's first instinct was "can I get a decent transfer out of this?". You could see it in everything he did on the Millenium Park pitch, couldn't you?

Ashley Young went out onto that pitch to play football for his manager, according to tactical instructions that that manager had given him. The fact that Fabio Capello's instructions made more sense than Gerard Houllier's is no reflection on Ash - it worked supremely.

The one danger we have is that Ashley Young may have been exposed to superior coaching and may see greener grass .... but if you think Ash just played well to get himself a transfer, then you're a muppet.

It may well be that we have England's greatest flair player on our hands at the moment. Harry Rednapp wants him. Kenny Dalglish wants him. Sir Alex Ferguson wants him, so I'm told.

But we Villans are happy to see him play for England, outplay every other player on the field and then slag him off.

Is that just who we are? Or are we fucking muppets, all of us?