Aston Villa at Arsenal: Time to make a statement

I wish I could have got to the Emirates on Sunday, and I congratulate all those Villa fans who made it there and put up such a "mighty" show of support. Even on the telly and the radio, it sounded and looked awesome.

I can't write a real "diagnosis", because instead of being there I was handing out trophies to kids. That was fun, too - and I joshed with a few of them that one day they might be like Darren Bent.

A couple of years ago, when our 'Arry was coming out with the cockney one-liners about 'is missus, they might have laughed at me. Not any more, though. Darren Bent is the man. A goal every two games for Villa (and Sunderland) this season, and a man in full possession of the England no. 9 shirt - you have to say that Bent is the signing of the season. Carroll - £35m. Torres - £50m. I'm sure the statto's amongst you will work out the £m/goal ratio, but we all know what it will look like...

From Baros to Carew to Gabby to Emile, we've been looking for a finisher for years - and we've now found one. It' s bad news for Gabby (as I wrote earlier this season), because he's neither a finisher nor a wide forward. He runs fast, though.

So now, given a season of superb performances from Stewart Downing and - I think - further confirmation that Ashley Young can be the "real deal", I think it's time for Randy Lerner to break his silence and tell us that he's going to build his side around these three England internationals. 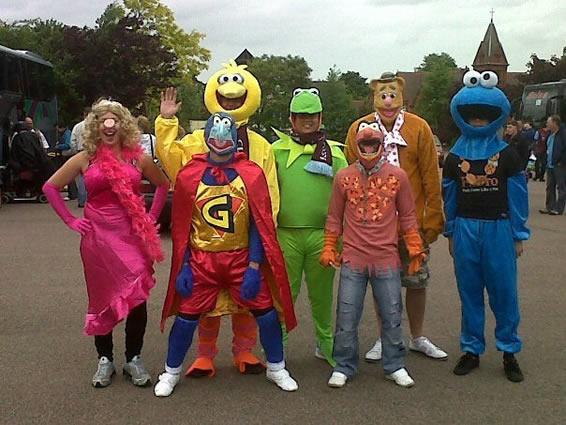 We've sold our best player in the last two close seasons against the manager's wishes. My greatest hope - and I hope it's your greatest hope too - is that instead of putting millions in agents' pockets this close season for transfers, we renegotiate contracts with Ash, Stu and Darren and pay the agents that little bit less.

Of course, getting rid of Collins and Dunne and the massively overpaid beery wankerdom they espouse will help too. I'll lose no sleep when Ciaran Clark takes over their mantle, even though I thought they were both massive in their last stand at the Emirates.

So, Randy - ideally manager first, and then the big statement about Bent, Downing and Young. But if the manager takes a bit longer, then I think YOU should come out NOW and say that these players are staying at Villa.

Or does that cash look just a little bit too tempting?

Yet another video of Aston Villa fans at Arsenal