It is a foolish man that calls for the manager to be sacked three months after he took control of a football club and there were quite a few foolish Aston Villa supporters last month.

How do I know? Well, if you watched the match on Saturday, you would have seen it. Yes, we were more cautious in the second half, but I'll take a 1-0 win every day of the week and in time, we will be less cautious at 1-0 and we will go for more, but first, we have to get the basics right and that takes time, but we are starting to see it take shape.

Paul Wilson, The Observer Bent did not do an awful lot more than score the winner, and neither were Villa transformed into an attacking force to be reckoned with by his arrival, although this was a game they might not have won a week ago. Their confidence was visibly lifted, even if they did have to endure a siege situation in the final 10 minutes, when City piled on the pressure but kept inventing new ways to miss the target.
Phil Shaw, The Independent The tale of the tape appeared pretty conclusive. Darren Bent, who may eventually cost Aston Villa £24m from Sunderland, settled the match with an archetypal, fox-in-the-box goal, while Edin Dzeko, Manchester City's new £27m striker, missed with a late header from his only scoring opportunity.

Gerard Houllier
This game epitomised what we want to do. We have to compete. We have to enjoy things together. At the moment we are in a fight to avoid relegation so we are aware of that. This is a challenge on our hands and we have to keep going with that. Physically we were better and mentally we were strong too. The mental aspect of the game was important. When you lead 1-0 against the side like Manchester City after 18 minutes you've got to be strong.

Darren Bent is a goal scorer. He isn't going to track back at every opportunity, although he did against Manchester City a couple of times, he will stay up and he will take the chances that are provided for him.

If he doesn't want to run around or get involved, I don't care. I don't care as long as he scores goals. That is what strikers are supposed to do and that is what he does. Some will call that lazy, I call it smart, but only time will tell if he is worth it, but I think we will see that he is.

But like I've said above and on many previous posts, it is a transitional season and we just have to ride it out. We are two wins from 7th place in the league and with 15 games left - I more than believe we will still finish in the top eight and maybe even better.

Twat of the Week 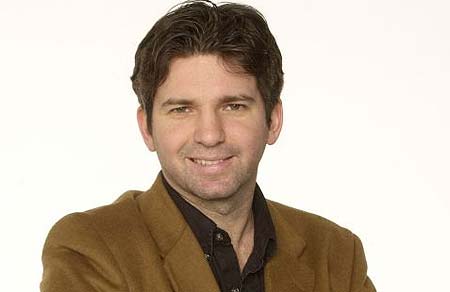 This is going to become a recurring theme on the site because it worked so well with Twat of the Week Jamie Turner last week and this week - it goes to someone that works for the same company as him - Oliver Holt.

He wrote about Darren Bent signing last week and quite a few of you tweeted about him and left comments, so it is my duty to follow it up and I can confirm, he more than qualifies for this award.

Right - almost over for today, but expect a signing or two this week and expect, if those signings happen, that a player or two leaves. I've told you who I think it will be, so I won't go over old ground, but don't expect Peter Crouch, not yet anyway.