Three at the back madness, nine games in and a point against Newcastle with all to play for on Tuesday night

You can have no complaints about the last 25 minutes of that match yesterday and while I've taken to not reading what the manager and players say, I guess they'll all be happy too. And with the manager needing a point from yesterday, so he's on target for getting four points from his final two matches in September, he's probably over the moon.

But has anyone taken him into a corner, given him a slap and told him no more three central defenders? I know you might think that sounds brutal, but it's what is needed. And in October, he has to get a minimum of nine points. As soon as that isn't possible, you can sack him and nobody will be unhappy.

And I'm fed up writing the obvious but he has to very quickly identify the preferred formation that he wants for Aston Villa and he has to stick to it. Based on the changes yesterday, I have a feeling that it will be four at the back from now on, but he's also got to figure out his preferred formation in midfield and up front.

And it's important. Because when he has his preferred formation, that filters down to the rest of the teams at Aston Villa. There is a reason for having other teams at the Club. I hope that penny drops.

And you know what, him sitting watching the match, not getting very animated could be part of his persona. So it's not for me to question. But I do get the impression that the players will respond to a manager that is more animated. But I also think that some of the players are not impressed by him or his knowledge. I've seen nothing in the nine games to make me think we've got any pattern or real direction.

But we didn't lose yesterday. However the chart doesn't lie and we're in desperate need of some points. But as you he has to win on Tuesday and that will give us reason to be positive. And cards on the table, as long as he does, he should be given the chance to get a minimum of nine in October.

You see, it's about giving the chance if players need time to gel. Because if that is the only excuse some have, then after October and if we don't have a minimum of nine points, there are no excuses. And it's horrible to write about excuses. But he's a grown man playing three central defenders - someone needs to give him a firm talking to and some should be glad that he's getting time.

We're not playing seven-a-side football here. So on that I leave you for today. I'm going to get some coffee. 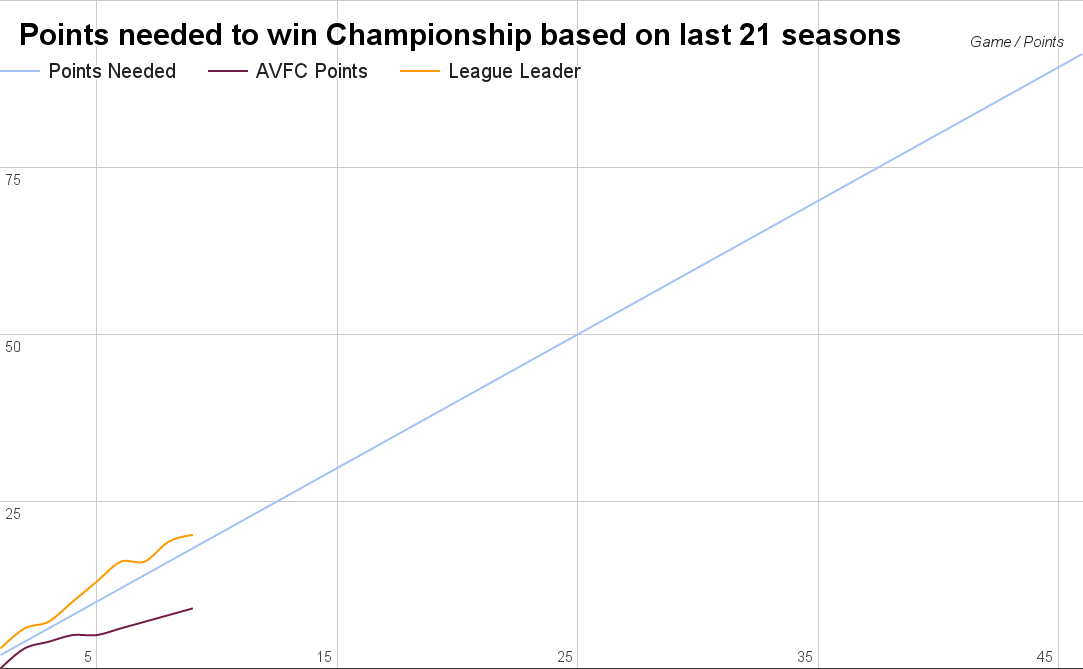