There is a growing stream of people now calling for Di Matteo to go and if the owner wants to keep his faithful on side, he's got a tough decision to make. But let me use this post to reflect before we get to the decision the owner has to make.

And this wont take long and I'm going to point out two things before I settle on my 'reflection section'. First, we were always going to stay in this league when we appointed Di Matteo and second, we made too many changes in the summer and didn't get rid of the two players that caused so many of the issues inside the Club last season.

What did any of us really expect to happen? Sure, we could have hoped for something a little more thought though, but that doesn't mean that we were going up.

And this isn't hindsight much like it wasn't hindsight with Garde, Sherwood, Lambert and McLeish, it's just common sense and it was written when they were all appointed too. The problem we have is we have too many people that don't seem to know anything about football and as a Football Club, that is quite surprising.

And when you have a new manger, he should have to prove himself first and then let him build the squad, but he then builds his squad slowly, by adding quality to it, not numbers. It really is obvious to me, but why as a Club we've not acted like this since Doug Ellis baffles me. It really does. It baffles me that a football man allowed this to happen because what is happening right now was predicted.

However, in defence of the CEO, I can understand why we appointed Di Matteo, it was a gamble that if it had paid off, would have been considered a masterstroke, rather than the luck it really was. But it was a calculated, so I expect the decision to get rid to also be calculated.

And despite what you might think about the owner, if you look back at the summer, it does appear the Club was buying players because of his activity on Twitter. He will say he takes no notice of supporters but I don't believe him. I mean, if he doesn't take any notice, is that just his way of mugging off everyone that follows him. I mean, why even ask?

Incidentally, when the owner stopped following me for a second time, I blocked him because what he sends out makes me cringe, despite maybe him having the best intentions.

Mistakes are more obvious when you can see them

The commentator on the radio last night made a comment along the lines of us not working on things in training and of players not knowing what they were supposed to do. That the media are talking about it now means I guess that it's common knowledge. I see no patterns and I don't see a plan.

And that is very much down to the manager. Remember, this is a manager that played during a time of not huge salaries and lets be clear, he was decent, but nothing special. He's in management because it's easy for him to get in and because he wants the lifestyle and what the money brings.

Again, this is the part that surprises me. Just because he played, we are to believe that he's going to be a decent manager. Anyone that plays three at the back doesn't have a club in my opinion and we're ten games in and we're not seeing anything that remotely looks like purpose.

And here comes the but

But, if you look at the chart below you will see that despite him not getting the four points he needed to get in the last two fixtures of this month, there remains a chance that he can turn it around in October, but it has to be convincing against Preston otherwise there is that two week window where the new manager should be given the time to get to know his players.

We simply can't waste opportunities like this and this is why the CEO has a list and why someone like Sam Allardyce might be tempted to get straight back to work. If I was the CEO, I'd be taking him for a beer and sounding him out right about now. And Di Matteo can have no issues with it either as we're ten games in and two points from the relegation zone.

So this is the decision Tony Xia has to make. Does he react to the masses on Twitter or does he stick and give the manager that was never going to get us promoted this season more time? If he reacts, he has a chance of getting in a manager that can get us promoted. If he sticks, it either works and he gets lucky, or he turns his faithful against him.

You know he'll react and get rid and the truth is, I've written this post and now convinced myself that despite the chance we could batter Preston, I think Di Matteo has to go and we have to go all out for Sam Allardyce before someone else does. For me, it's the only thing I can see getting us promoted this season. 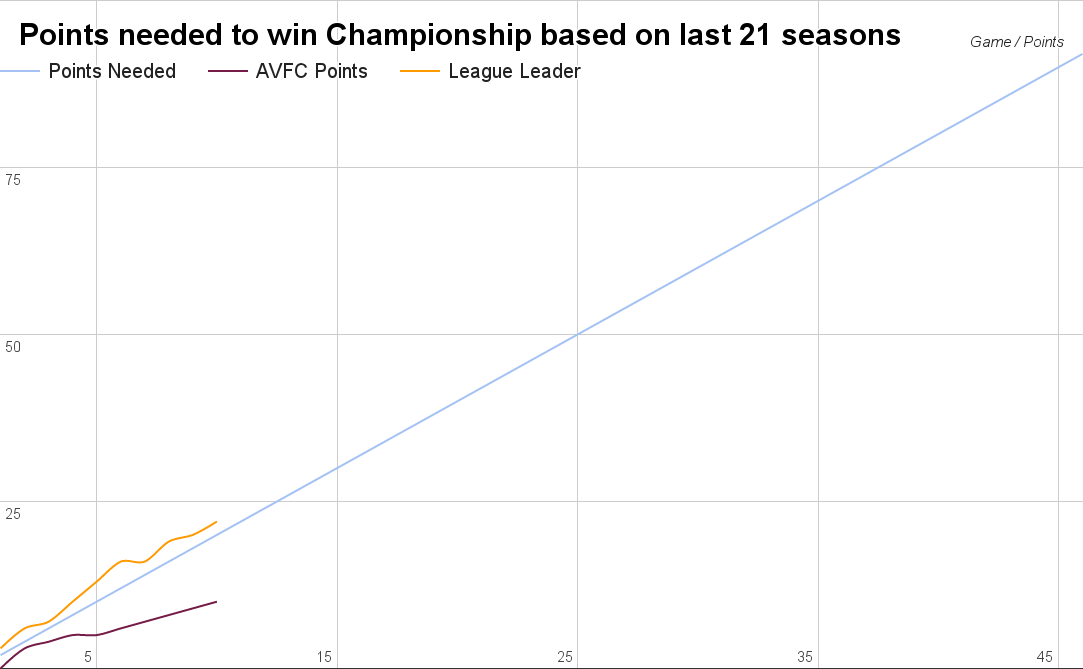