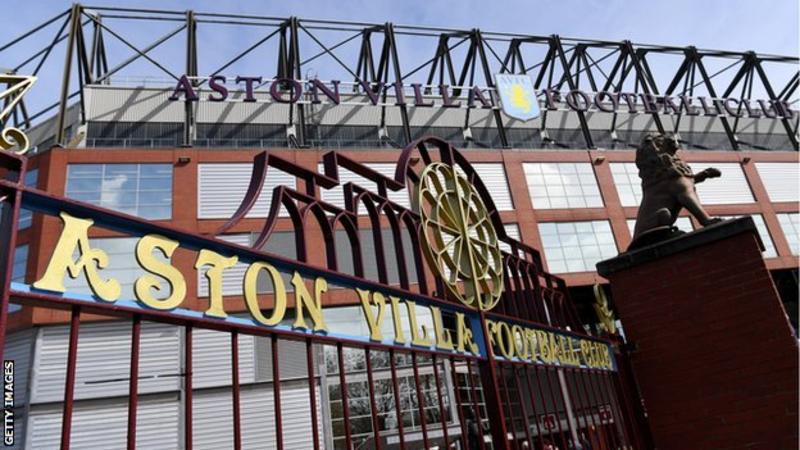 Not the Aston Villa Supporters Trust, it's relegation party and serious times

Right, it seems I spend a lot of my time these days saying sorry for posts not coming up or the site not loading. Well, last night we finally moved to the new server. It's must like the last server and I'm not going to tell you that there are not going to be more problems, because there probably will, but lets embrace them - because it's something positive.

And lets embrace the relegation event of the weekend because we can either embrace it or we can see it as an opportunity to have a pop at the club. And with the club going through what they're going through at the moment, I'm not sure now is the time to be having a pop and taking advantage. It feels a little disrespectful.

First and it's not nice news, but the club have announced that there are going to be redundancies. For those that don't know what this means, it means people are going to lose their jobs. The club are going to try and make it so it's all voluntary, but there is a chance some will be forced to go. If the Aston Villa Supporters Trust get their way, I suspect it will be a few more that the club anticipate.

And from now on, I'm going to refer to this group as NAVST - because they are not representing me as a supporter. And I've got to tell you I'm a bit sick and tired of them. I appreciate what they are trying to do, but this isn't 1980 and I'm not sure they're needed or there is any value. The club are already going to reduce ticket prices, but this is business and it's about supply and demand, not trying to score points.

You see, there is one fundamental truth about supporters and their Football Club and it's this; if the team is winning, the fans will fill the stadium. Basically, the financial success of any football club can be directly linked to success on the pitch. This isn't a time to be demanding price reductions and putting yourself forward as a group that you can consult with.

When people are losing their jobs because of us having to play in the Championship, now is not the time to be telling the cub to let away supporters come in for £20 so it makes a better atmosphere. This is supply and demand and I hate to say it, but supporters from the Championship are going to look to Villa Park next season as their biggest away day - they're coming to Villa Park if we like it or not.

Now is the time when everyone should stand behind the club and trust that the new Chairman will do what is right. It is not the time to create an opportunity to moan when 'aggressive' ticket pricing is not delivered as expected. Now is the time to be saying thank you for the reduction you get and allowing the club all the necessary funds to get us back into the Premier League at first time of asking.

And that felt good to write because sometimes you have to stand back and think first before running into a fire. But what doesn't feel good is that this is the weekend when it's probably all confirmed. It's not like it's a surprise and we have to accept certain things are going to change because of it, but it's not the end of the world.

We might, if we appoint the right man and if we give the right man the control he needs, bounce straight back up and that might be fun. But you know what, it might also be fun to not come back up again at first time of asking. It might help some find something they have lost in football. I mean, it's not as if anyone from outside the top four can win the Premier League, so why are we that bothered?

And on that, it's Wednesday morning and I had 90 minutes sleep last night but why do I have a feeling there is more news to come from the club?