The chart, long may it continue and knock knock

Well, that was good wasn't it. That's not a question, it's my way of saying I told you so. Okay, I'm not really, but patience is paying off. When was the last time we had a run so good and sure, we're not in the Premier League, but you can only beat what is put in front of you. And we are.

That isn't a knock, although it is me sort of saying I told you so. No it's not, it's me looking forward to next season because even though I'm starting to think it's possible, I'm expecting us to be in this League next season, only because it's better for me to think that way. It's also because we need so many results to go our way. The idea was nice, but we also needed those results to start going our way a little earlier and hands up, it's easier for me to write that part now, I hadn't considered it before.

It's easier now because I stopped doing the chart, but I've updated it today. You'll see it below. Remember, these two lines in the middle were from the start of the season and taken as averages from I think the last twenty seasons in this League. It's fair to say that the League is getting better and that numbers tell us all we need to know.

If only the board had looked at the numbers at the start of the season.

Ah, I'll stop now. It's great to be an Aston Villa fan right now because we're winning. Long may it continue. 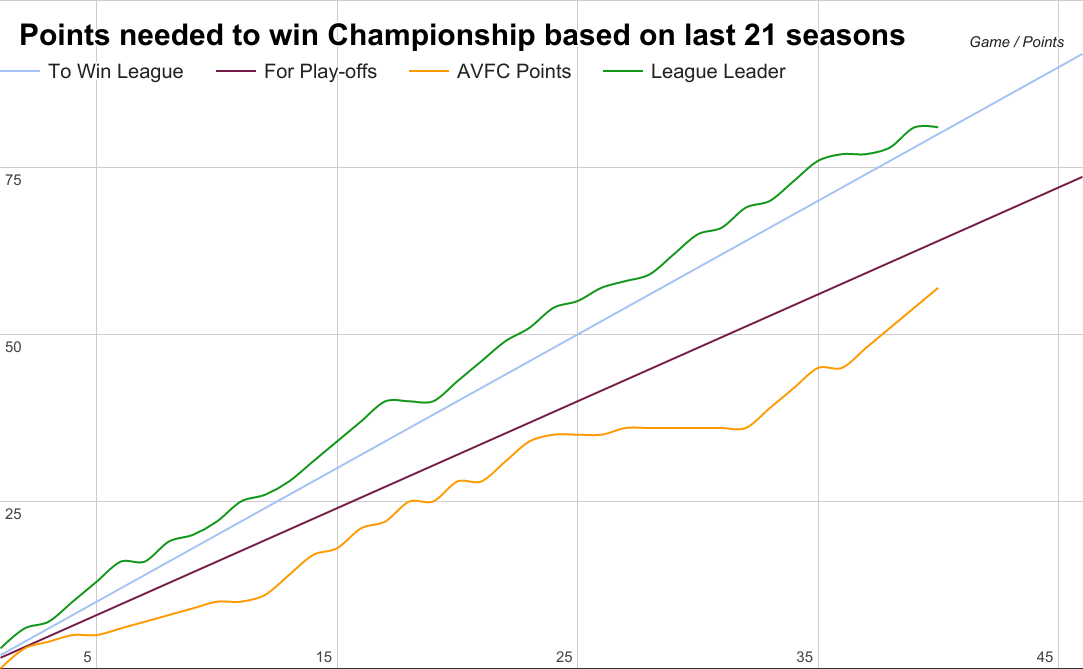