But is that so bad? I tweeted something the other day, while not properly awake, about how the best chefs all point to local produce as the key ingredients, that Aston Villa have local players in abundance and that all Houllier needs to do now is add the spice or seasoning for things to really start falling into place.

But maybe he has some of that spice and maybe he thinks he'd like a little more and maybe it turns out Gerard Houllier is a three star Michelin chef. I hope he is, as he'll know that you can over season or add too many spices.

I don't want to get too far off the path of my limited football knowledge, but the more I think about it the more I think we must play Albrighton and Bannan and the likes of Hogg and Clark also have to be considered part of the furniture and get as much game time as possible and I want to see Delph and Gardner when they are fit again and ready to play. 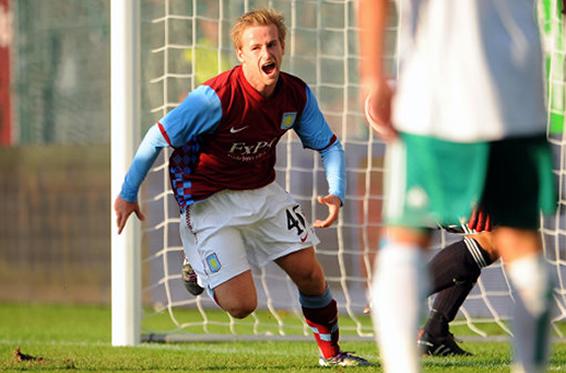 What I'm saying is there is a real value to having home grown talent in your team if they are good enough and it can not always be measured with pass accuracy, possession stats or balls won and lost and Houllier will know this.

This isn't the time for fusion cuisine

But the minute Gabby was fit again, The Fonz was dropped, despite scoring and putting in a very good performance. What happens when Reo-Coker and Petrov are fit again and what happens if all the rumours turn out to be true.

Rumours of players and cash

At the weekend, one of the papers reported that Houllier will have £30mn to spend in January and reports yesterday suggested we are going after a Serbian midfielder and Real Madrid striker Karim Benzema on loan.

Don't get me wrong, tell me where Benzema is and I'll go pick him up myself and the Serbian midfielder is only 19 years old and is considered a very hot prospect, but what happens to our local produce and will there be too much spice or seasoning?

Now, it is just speculation and it could be that we are going to spend £30mn on bringing Pepe Reina to the club and all this speculation is just hot air or a dirty kebab, but we saw on Saturday that we do have players capable of competing and I know from reading comments and listening to the radio that pretty much every Aston Villa fan feels a huge sense of pride that when the match finished on Saturday afternoon, we had seen seven players from our academy play against Manchester United, in the Premier League and that not one of them could be faulted.

We shouldn't forget where we were twelve months ago and now is the perfect time to give our home grown talent a real chance to let them prove they can compete at this level.

I know I'm asking a lot

Yes, I'm asking a lot but if Reo-Coker, Petrov and Heskey were fit for Blackburn, do you think any of them should replace Gabby, Bannan or Hogg?

I suspect some of you will say that Petrov or Reo-Coker should come in for Hogg, but why? If it is only for experience, I'll argue with you until I've convinced you otherwise, because sometimes, you have to lose a little to gain a lot and it is these matches and it is this season where we have to play these players.

I think Hogg complemented Bannan in a way that allowed Bannan a little freedom and we have all seen what Bannan can do with the ball when given a little space. He very rarely loses the ball also and tracks back, fills the spaces and isn't afraid of a tackle.

And we also shouldn't forget that this is a transitional season and believe it or not, you can win things with kids and these kids are our kids and they want it as much as we do.

Houllier has landed on his feet at Aston Villa but you can very easily argue he got lucky and when the senior players are fit again, we will really find out what Houllier is about and my biggest fear, if you hadn't already figured it out, is that Bannan and Albrighton will be resigned to the bench and the odd substitute appearance.

When you only get fifteen or twenty minutes, it is very difficult to make an impression and if that happens, I fear for the others.

January is a few weeks away and these players are going to get more opportunities before then and I hope that with these opportunities they make it very difficult for the manager. I might be worried for nothing.

Results speak for themselves however and I honestly believe that had we had Reo-Coker and Petrov in the middle on Saturday, the result would not have been better and results might not go as planned week in week out with these players, but this is when we have to have faith and belief.

January is an important month

But to stress it one more time, this is a transitional season and like I've said, we shouldn't expect things to work instantly and in every match.

Along the way there will be times when things don't go to plan, but that is when the manager really proves his worth, by getting them to play the way we all know they can and have done in the past.

Not all of them will make it, but I'm hoping they get a real opportunity, because there will not be another season like this again and to waste it would be unforgivable.

January is an important month for Aston Villa and Gerard Houllier, but not because of the transfer window. The manager needs to show the faith in the younger players he has available and what he has coming to him and I hope and think he will.

Enough of my ramblings, we have rumours today too. First up, John Carew is holding out for a move to Fiorentina after rejecting a move to an unnamed Turkish football and Stoke want to take Stephen Ireland on loan in January to 'save him from his Villa Park nightmare'.

You'll probably have noticed that there is a big advert at the top of every page now and I'm sort of apologising for this as it does detract from the overall look of the site. I've done this because the site needs to make some money to pay for the hosting but you will have also probably noticed that the advert in the blog post has also gone. I've done this so we can better format each blog post with the odd image and more styling. The top of the site doesn't look great at the moment, with the advert in the middle, but over the next day or two I am going to make it look as good as it can look, but for now you might need to clear your cache to bring the formatting up to date.
back to top