Aston Villa win, no defeat in 6 and getting rinsed on social media

Aston Villa won yesterday and it was fantastic. Sadly there is a group of people on Twitter that were still not happy. Judging by some of the comments on here last night also, there are those people here too. I find it really sad.

Earlier this week, there were people predicting defeat. I can't figure it out. Why predict defeat and create negativity. Why not hope for a win and be optimistic?

But there are those people. But it didn't just end up as one or two people, there were loads. After Adomah got his second yesterday, I started the ball rolling. You see, there must be another reason. We've not lost in over a month, but some fans want Bruce to go. I don't get it.

Someone left a comment when we appointed Bruce that he would divide supporters. And I think it's fair to say that he has. But I'd be really interested to learn if those that don't particularly have an agenda against Bruce are just supporters of Aston Villa and accept that in the bigger picture, he's probably our best option. Or the fans that want him gone, are they the ones that also wanted lots of new players in the summer and January and expect us to be competing with Barcelona for style of football and trophies next season because our owner said so?

Because I think that is the divide. I think it's realistic and unrealistic. Those that buy the PR and those that don't. It's the fans the Club want but don't know how to handle. So on that second goal last night, I tweeted this.

Adomah gets his second. But I'm sorry, Bruce has to be sacked. We should have scored 4 goals this half. 2 isn't good enough #avfc 😙

At full time I tweeted

And Alex Bruce, son of the manager, tweeted this

@HodgsonHoward hope you can try and enjoy your Saturday night.......

You know how to create negativity that's about all...... https://t.co/ckx3k8NrUr

And you know nothing about how to achieve promotions so pipe down https://t.co/QKXPiUeB7z

Then I made an announcement

I’ll like to announce that I have become a Director of the Aston Villa Supporters Club tonight.

Last night I formed the Aston Villa Supporters Club. It's going to be a badge you can wear. Anyone that joins will be a Director because it's a full democracy. Every year, every member will be able to vote on every issue. There is one thing though and this is the most important part. You must be supportive, not negative. And when you sign up, your name or social media handle will go on the site. But you will be a director.

I didn't stop at that

Howard Hodgson is quiet on Twitter right now because he’s literally sucking the shit out of @AlexBruce84’s arse. Trying to appease him.

It's unfortunate that a former Premier League player decided to rinse out Howard Hodgson on social media last night. Howard is a director at the Aston Villa Supporters Trust and he's one of those that believe we should be bringing in better players at each transfer window but then not giving the manager time to get the best out of those players.

What did Alex Bruce say about him; he knows nothing about achieving promotion out of this league and only about creating negativity. I think he's written that because Howard got himself on the board of the Aston Villa Supporters Trust and speaks on the radio. I don't think he is very supportive and isn't that what the supporters trust are supposed to do.

Before kick off yesterday, we'd not lost in a month and it was only seven League games into this season. Is that long enough for a new manager who has made so many changes? Does the Aston Villa Supporters Trust think that is enough time? I suppose they must.

Howard got rinsed out on social media yesterday because he put his head up too early. And Howard is now taking screenshots of every Tweet or page he is seeing from people, just like me, that liked him getting rinsed out. You see Howard is angry and when Bruce doesn't win the next five games, he'll come out and say he was right and start spouting what he has to spout to make him think he's won.

Bruce wont always be the manager of Aston Villa and that is when Howard will say he was right. But the truth is, when you start calling for the manager to be sacked so early into a season when there has been so many changes, you can't be right.

And he'll be calling out people like me. He'll be digging through every blog post and tweet looking for me to have slipped up. He'll find something and then post about it and he'll be a winner again. I have to let him win because he's a director of the Aston Villa Supporters Trust and he'll never able to grasp that in his position, after so few games, he should never have been saying what he was saying and that is why Alex Bruce took aim at him last night.

And that is why Alex Bruce rinsed him out because Howard Hodgson is abusing his position, creating negativity towards Aston Villa Football Club.

We won, it was great and I feel fantastic

Look, I know it's not going to last for all Aston Villa fans, but last night was great, can we just enjoy it without any negativity please. We're in the Championship and believe it or not, Steve Bruce has an improbable task ahead of him this season, but he and many others knew that before the last one ended.

Our next League match isn't until next weekend and I want to enjoy this feeling until then. I don't care about Middlesbrough in the League Cup. I wish it would go away - it's a distraction. So please, lets just be happy and feel good about the win. And no but's please. 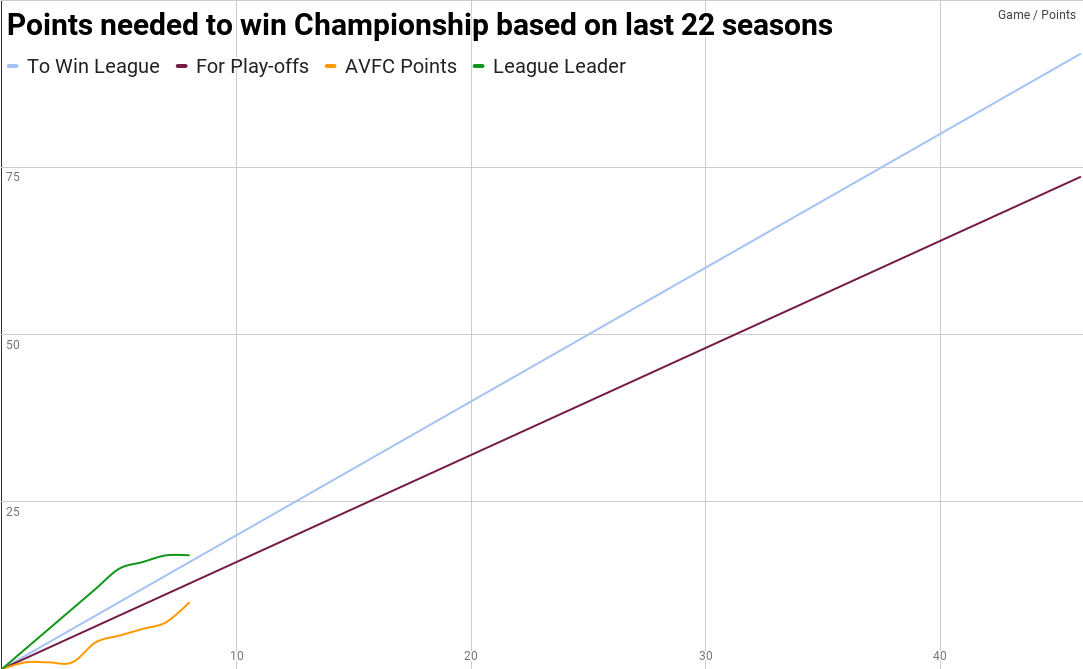