It was and is how we bounce back, Fulham up next

Before the match against Wolves, I wrote something about if we didn't spank them or win or play as we would have liked after the international break, the important thing was how we bounce back. The break was always going to, for me anyway, mean a possible lapse in continuity. It did.

So it comes down to how we do against Fulham at the weekend. Three points and all will be back on track. No three points and the vultures will be out in force. But we're 12 games in and I think that is what we have to try and not forget.

But you know, we had such a great run before the international break, sitting top of the form table and winning week after week and even then, some were not happy with Bruce. It goes deeper than winning for some.

And I understand that too. They just don't like the man or think he can't get us promoted. And despite the evidence at the time (before the international break), they could not be swayed. So, Bruce is in a very hard place because even if he wins the next five and we sit top of the table, there will be some saying he has to go.

And the thing is, for those that think all things considered he's the best chance we have of getting promoted, there is nothing we can say other than, look at the season before he joined us - he got Hull promoted and he has done it before too. And at no time, has the football been great. It's been effective.

We could also look at the current form table, where we remain top, but that isn't going to be enough either. Or the chart showing our progress. But again, that's not enough. Sometimes, there is never enough.

And you know, you're not going to go the season winning every game or unbeaten in this League. So when he loses like this, like I wrote before the match, it's how we bounce back. I think the players will have a point to prove against Fulham. 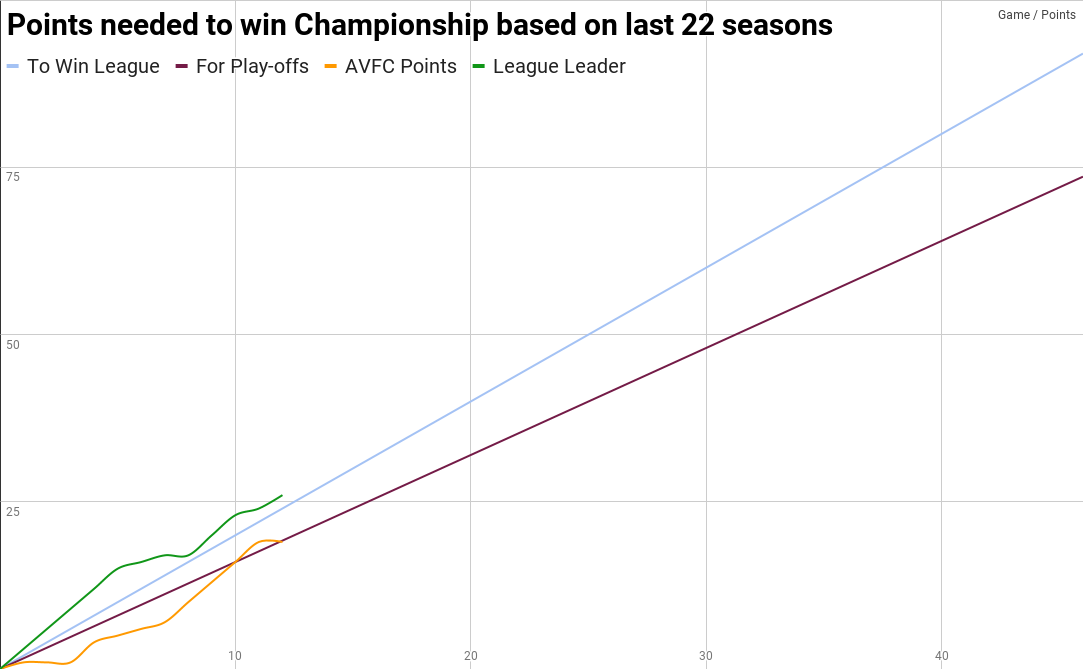