Confirmation if Downing leaves and I'm not bitter

Silly season is well and truly upon us but as I read somewhere yesterday, it could get really silly, if as is getting widely suggested, Stewart Downing leaves for Liverpool. You see, Downing is a very good player and you need to keep on to your very good players, not let them leave every summer.

Now, Ashley Young is one thing. Manchester United came in for him and it is difficult, because we are nowhere near that level, but clubs like Manchester City and Liverpool are merely offering more money and to an extent, a little more hope, but if you want your club to have that extra hope, you've got to pay your players more and keep hold of them and have a bit of ambition.

A reminder of the dark day coming up?

If Downing leaves, it won't be another dark day for Aston Villa, it will just be confirmation of that dark day earlier this month.

And this isn't about the manager. We would all, given the chance, leap and jump to a much bigger club and I still hold out hope that there is a plan and with the rumoured cash available to him and then the money from the sale of Ashley Young and Stewart Downing (if it happens), he could bring in two or three really good players and all might be okay in the world, but if all we do, again, is bring in players over what we already have and not give them a chance again, then it is just standing still in the cycle and it will be horrible. 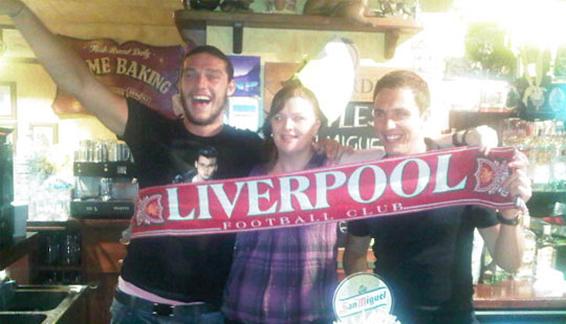 Quality comes at a price

But these players, the really good ones, are they going to want to come and play at Aston Villa at the moment and even if they do, are we going to pay them what they are worth or are they going to get good and leave in a season or three when someone else comes in? To me, nothing, at the core of our Football Club, has really changed in the last few seasons and I think that is the real problem.

So, if Downing goes, it will be a kick in the teeth and we will all just accept it and you never know, we might even get a player signing to appease supporters. Sound familiar?

Ashley Young interview on MUTV
Of course, I'm going to miss the fans and the manager. The staff were fantastic and helped me along.

That was Ashley Young talking during his first interview on Manchester United TV. I'm leaving it up because some of you will notice something he said that was a little surprising for me as it didn't make sense. But I'm not bitter - he did it the right way - he joined the Champions and he will win silverware next season and you know what, in Marc Albrighton, we have a potentially better player and as long as he is given the chance and not passed over again, we will soon find out.