Careful now, your opinion counts for nothing: Arsenal 5 Aston Villa 0

You've got to be careful as a football supporter these days, because as supporters, we don't have all the information to make informed decisions. In fact our opinions are all a false narrative.

Now, I'm not one that thinks Paul Lambert should be sacked at the moment. They should have done it in October, when there was plenty of time to fix things, because back in October, we could have all predicted where we are now .. even if it would have been called a false narrative.

But now, we've got to bite down and hope it all goes away and by that I mean that we have to hope that Lambert gets it right in time to save us. Because as things stand right now and this isn't a false narrative, we have the worst goal difference in the Premier League and 91 teams above us have scored more goals than us.

And the spanking we took today was a spanking worthy of a side that it going down. That's how sad things are with Aston Villa at the moment. 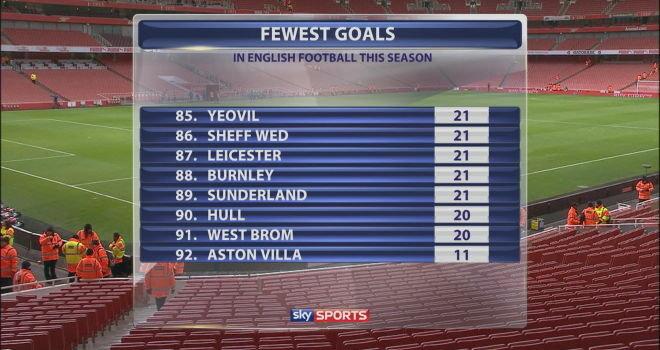 And while it was always going to be tough today, the way things are going the next three are going to be very important. We've got Chelsea, Hull and Stoke (with Leicester in the FA Cup before Stoke) and if we play to form, that's one point. One point after those three could see us in the bottom three.

And it will be the bottom three with twelve games to go. So we have to hope that things are going to get better because today, we had more of the ball than Arsenal and that has to be a positive, if you want to look for positives. But one thing you can't get away from is that the side that has the worst goal difference in the Premier League usually gets relegated.

Things have to change or get better very quickly. But that's just an opinion. What do we know as supporters?