I'm not going into the entire break for England matches again. I don't enjoy the breaks because I'm not really a supporter of the national side. I like the World Cup because I get to watch a lot of football in a month, but it's the football, not England that I'm watching.

Naturally, as I was born in England, am English and love football, I do watch and I do get into the games. And should a large amount of luck fall at our feet and we find ourselves in a round with the word 'final' in it, my interest peaks, so I guess you could say I'm a 'fair weather fan' of England.

And I don't think that will ever change. If Ireland or Scotland were to do well in a tournament, I'm just as likely to start wanting them to win too. It's just the way it is and while I have no doubt you can support two sides in football, for me there will only ever be one.

And it's Aston Villa

Before I get to my next point, I feel as if I need to explain something first. When I started blogging about Aston Villa on astonvilla.biz, I used to post every day, sometimes twice a day. Today, it isn't so often.

It's because I often feel as if I'm repeating myself. There are only so many times you can write that Lerner is only here for the cash or that the most important person at the club is the manager or that the ability to keep the ball is a vital component of all successful teams, before you start banging your head against a door.

And as of right now, I know that our season is over. Sure, there is an outside chance we could win the FA Cup, but we're 50/1 alongside the likes of Fulham, West Brom and West Ham and even Swansea and Newcastle have a better chance than us according to PaddyPower.

So, knowing that our season is basically over means there is little to write about unless you want what I know you can get elsewhere. I'm not here to write about why Delph isn't in the England squad, because it doesn't need to be written by me. And I'm not going to scrape the club site for images of a cake for Ron Vlaar and regurgitate news or opinion that you've already read.

And with that said, I'm getting to my point, because I'm not the only person that feels like this. I'm one of thousands that are slowly giving up on the game.

What happened was this; somebody saw that supporters are losing interest and leaving football so they figured out why through asking the right questions to a lot of people. The outcome was something called an insight.

An insight isn't just knowing that someone loves football and supports Aston Villa, it's understanding the emotional connection to the game, club and team and how the team or club interacts with someone on a day to day basis as well as what the current feeling is.

Having a solid insight means you can drip feed into that and you don't have to be so blatant with your PR. It's interesting that the club have caught up, but part of me suspects this has come down from the Premier League.

The letter or actually email that was sent this time, is exactly that. It's a part of making supporters, or season ticket holders anyway, feel closer to the club. Believe it or not, but players are now told to mention how good the supporters are in interviews and it's no longer just by their agent, the clubs have cottoned on to the importance and there was even a suggestion somewhere recently that it could be written into contracts, but it was only a suggestion and I'd need proof before accepting that as a fact. But it really wouldn't surprise me.

It's just a way for the club to hit a specific target group and to make them feel closer to the club and they have to do it. And just because you live in the US or France or Australia and spend just as much, doesn't mean you're not as important, it's just that the club haven't figured out a way to connect with you in the same way. They will and I know they will because they could do it right now if they wanted to, it's just that our club is always a year or three behind others.

Most of us grew up in a time when supporting Aston Villa meant at the start of each season we had a chance of winning something. But that was when the game wasn't broken, but it is now and it's different and the business model has had to change too. This is part of the change.

The funny part is that football in it's current form is on it's last legs, so you could look at this as the owners making hay. Pick an industry, any industry, that was big 30 or 40 years ago and you'll see lots of companies all over the place. Look at it now and you'll probably find just a handful that are the major players. This has happened in football too, it's just hidden really well.

And that is it. That is why they send the email but it doesn't make you a better or more important fan. If you want to take it to another level, there are other things that can be said, but it's not a road I want to go down. 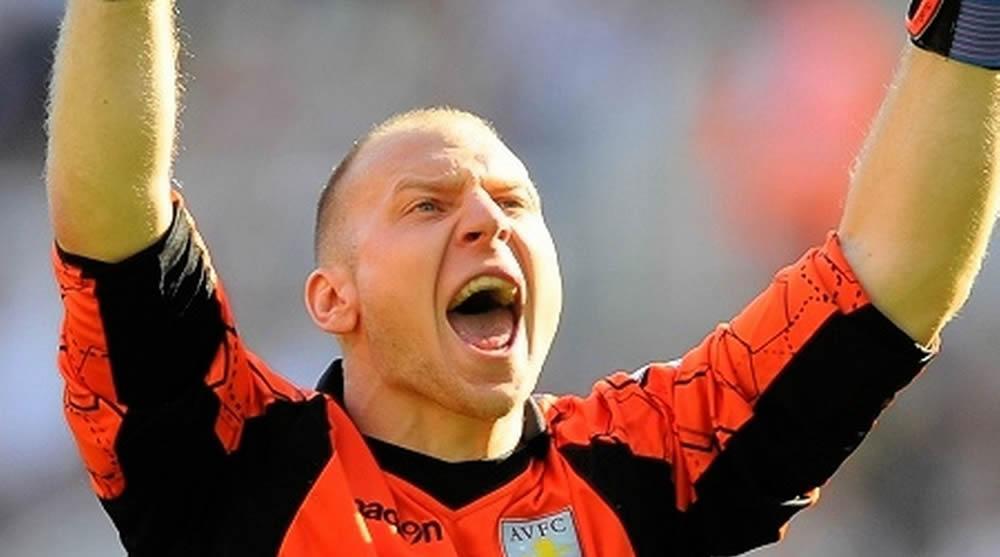 And on that, Guzan

And here you go, I go from rant about the broken game to speculation that Arsenal want Brad Guzan and you know what, it wouldn't surprise me and what can we do if they really do want him?

We can tell him he's got a couple of seasons left on his contract and then let him or we can cash in. Or we can ask for one more season. Guzan is a great keeper and he's loved by Aston Villa supporters, but if Arsenal come knocking, it's going to be hard for him to say no, but he basically has.

"Aston Villa, they've stuck by me, especially the manager. He’s given me a chance to play consistent football in Europe. It’s always nice when you’re linked with other teams, but for me, I’m very happy at Aston Villa.

And that is lovely to read. And seeing as he only has a couple of seasons left after this one, why not offer him another deal. I mean, the game is broken, so why not make hay.

And on that, I've really got to go, as I'm a little worried I might have ruffled some feathers, but it's all meant in the nicest possible way.