Paul Lambert has mixed emotions from yesterday and I feel exactly how I thought I'd feel. To sum it up, I asked Twitter for some words and the two that came back were encouraging and predictable. And, I think they're good words.

Predictable is spot on. I even predicted goals and the draw yesterday, but also because we sat back too easily. Encouraging, because the manager played four at the back and we scored three times.

And even had we not thrown away the two points yesterday, we'd still be in the relegation zone and I think that needs to be stressed because that is how serious our predicament is at the moment.

But another prediction; that will change next Sunday after we beat West Ham and Wigan and Reading both lose. But Reading must lose because of goal difference. I hope that it doesn't end on goal difference.

It started with a Benteke goal after two minutes and at the time, I didn't think this a good thing. I thought we'd sit back for the rest of the game trying to defend it and we did. But we also looked to attack.

When they got the equaliser twenty minutes later, I honestly thought that was it. They had had the lions share of possession, a few corners and were looking dangerous, but then everything changed. Three minutes after they equalised, Gabby Agbonlahor scored a goal for Aston Villa.

And we went in at half time leading. Then, we entered territory not that unfamiliar to us. With thirty minutes to go, we got a third and this was probably our undoing. After the third went in we sort of sat back. We still went forward but we didn't move forward with real purpose. We moved forward aware that we had a two goal lead.

And when the second went in for Everton, it was only a matter of time before they got the equaliser. It was written in the stars. 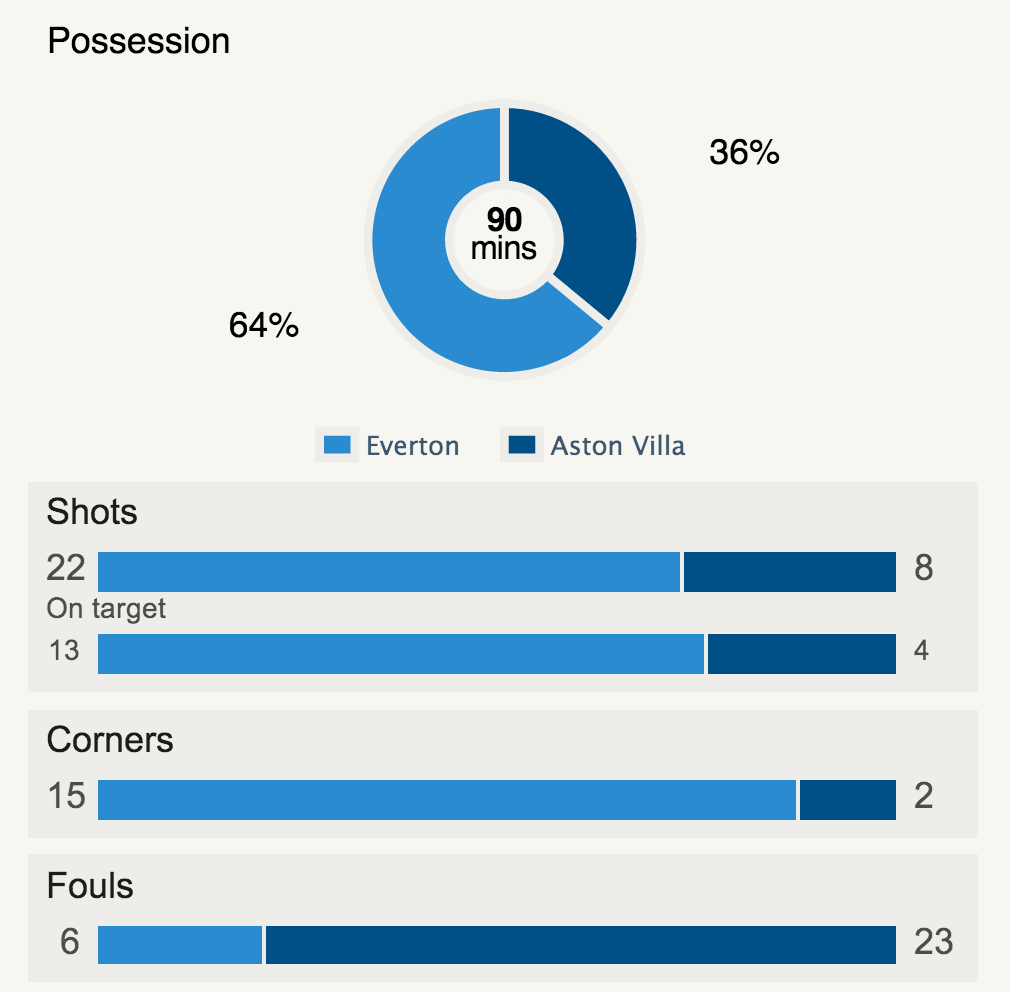 But, from the performance yesterday, there is reason to be hopeful and even though I've predicted a win next weekend, I'm not predicting we remain in this league. We're still one of three favourites to go down according to the bookmakers and one result doesn't change that.

But, there is hope. Hopefully.