It's a good time for a break, sitting top of the table

I wrote before the match that there appeared to be this acceptance that Bruce is the right manager for the job at hand, even from those that were not happy with him a few weeks ago. And it's nice that that continues today.

Sure, there are some that were disappointed it was only a one goal win against the team bottom of the table, but there are some people that will never be happy and you will just have to battle on regardless.

But as things stand, we're top of the current form table (last six matches) and we're currently five points off first place and not even a quarter of the way through the season. Me, I think this a good place to be and all things considered, a very good place to be.

Bet of the day

So all things considered, I think having a little punt on Aston Villa to win the League isn't such a bad thing. At Unibet right now you'll get 9/1 and considering we're top of the current form table and Wolves of all teams are 2/1 this price isn't going to be around for long.

If like me you think this a good price click here to get it at Unibet. Put your money where your heart is. 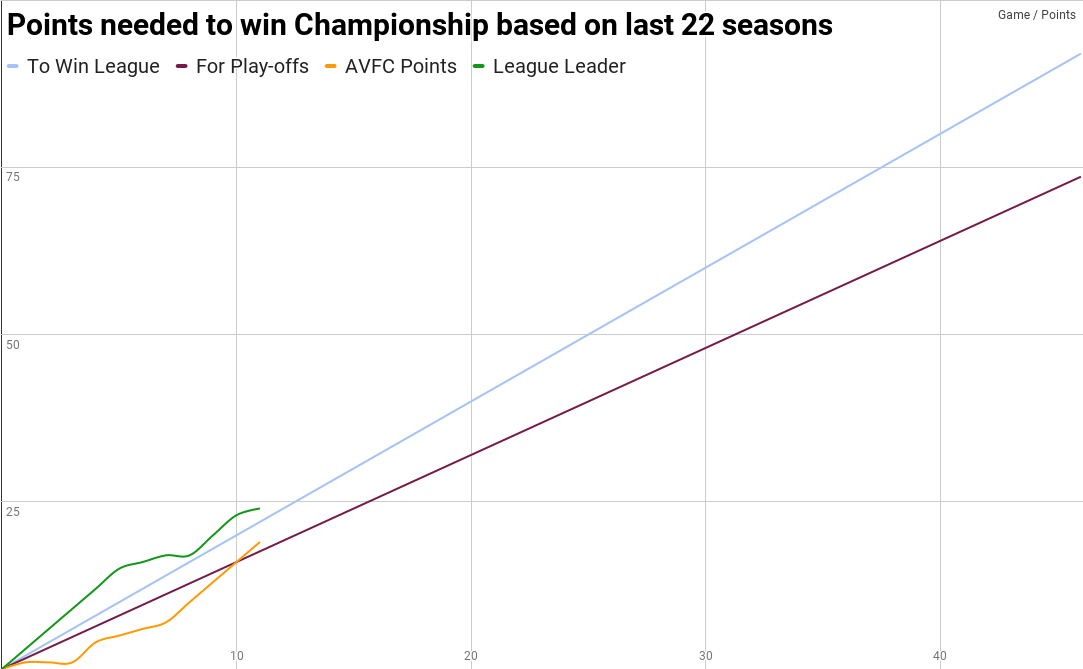 You know, it's still so early into the season that it's not worth getting carried away and me dropping links to odds at Unibet, it's really just for me to make money if you decide to have a bet. That's how affiliate systems work, but I do feel optimistic for this season.

Why can't I. I mean, we've spent the money. We've got a manager with the experience and we've finally started to play somewhat decent football. And, feeling optimistic is a lot more fun that feeling unhappy.

So on that note and because we have lots of time between now and we play again, I take my leave. New post coming later in the week, unless something scintillating happens.