Those that don't understand that will get lost in this post and they're probably the ones that sang for Paul Lambert and thought Tim Sherwood was the saviour. And look at those two clowns now.

And I don't mean to come across as rude, but today I've woken up with a smile on my face and I just feel good about things, so I'm taking a little pop at the stupid people. It should have always been Steve Bruce over Roberto Di Matteo and with the latter we were always going to stay in this League for another season. And this was written, like so many things before it. Today I'm going to lord it over the stupid people.

But we all have to be a little wary of our position now. It's not been this good for a long time and unless things change at the Club, it could be the best it's going to get and it might be something we have to accept as our level. That's the worry I wrote about a couple of weeks ago. When you look back at the Clubs that have got out of this League at the first time of asking, they've not made it difficult for themselves and we did, at every move and this with a CEO that has experience.

But, we need not worry about things that might not happen. Our owner and CEO might have figured it out by now and evidence suggests they have, because they got rid of Di Matteo at exactly the right time and even though it was admitting they had made the first mistake in hiring him.

And yesterday showed us why Bruce is the right man. It was the basics but playing to our strengths. We played a way that most would or should consider as required and with the squad we have we should be winning every game this way and when we don't, it will be because the opposition played the game of their season.

It's not rocket science and we're now four points from the top six and thirteen from second place. It's not too much to expect and I expect. There are 84 points still to play for this season and we've got the best manager in the League and the best squad in the League. You have to expect promotion this season and more performances like yesterday.

And what I enjoyed about yesterday was that we had three different goal scorers and it's what they are paid to do. Not nice to see Baker go off at half time, but the second half performance without him and with Cardiff pressing was solid enough. All in all, like I've said a couple of times above, it's football the right way for circumstance.

And that circumstance allows for the type of team performance we saw yesterday but also some fine individual performances from the likes of Amavi and Grealish. All in all, things are looking very good. 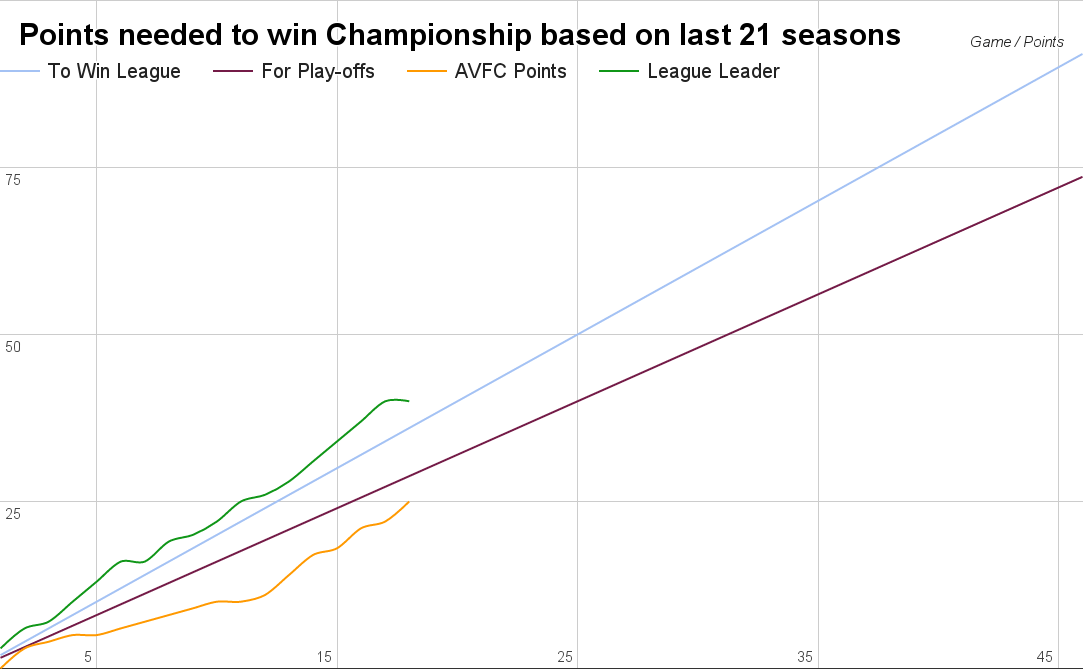