What can I write? We could focus on how the match on Saturday was a mirror reflection of Agbonlahor and his career or we could, as I suspect most would like, focus on Ross McCormack. Me, I'm not going to look at either.

And I'll explain why. First, this season isn't over yet despite the chart looking fairly dire and second, the timing of the McCormack story was too coincidental for me. If a player isn't feeling actively engaged, there are bigger problems and I think it's fair to say he isn't the only one.

No, I think the thing I'm going to write about is something that I wrote about at the start of the season and that's having to brace for another season in the Championship. And you know the reason why. I'm not going to use this post to tell you why again.

But you also have to accept that if a team doesn't go up at first time of asking, they tend to stay in the division more than two. It's not longer about another season in the Championship, it's quite possible that it will be more than two and it's time now that we start to think like that.

Yes, there is still a chance as the chart below shows, but it's going to now need something quite special. We're three games into the new year and we've added one player. There is talk that more will come, but we've also got to accept that with change comes a little uncertainty. I'm all for bringing in one, two or even three new players in the summer, but bringing in so many in January will disrupt whatever dance Steve Bruce was trying to get them to play.

So I'm now entering the phase of acceptance and I suggest that others do too. I can assure you of one thing, if you start to accept another season in the Championship now, if by some miracle Steve Bruce manages to turn it around, it will be a lot more enjoyable end to the season.

Or, if you prefer, you can build yourself up for disappointment. Either way, we're all still going to be supporting Aston Villa next season and we'll all enjoy it equally if and when we do go up again. 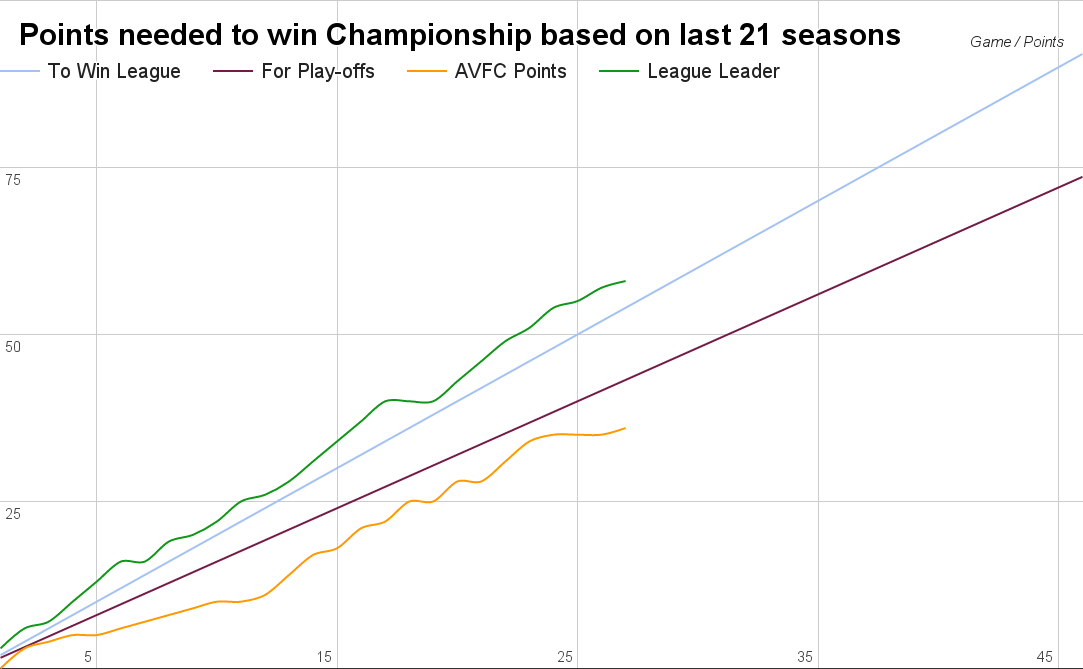