And now, the end is here, and so I face the final countdown: Alex McLeish

Tomorrow is the end of the season and while I am looking forward to it this season, I'm also a bit sad. I feel sad for Alex McLeish because he is losing his job and although he'll be paid off, it isn't nice losing your job and getting confirmation that you're not good enough.

I feel sad for Paul Faulkner too. He is also getting confirmation he isn't good enough and he'll likely lose his job too. It's sad. But I'm not going to celebrate or actually be happy about them going; I just want to forget this season and they don't deserve anything from me. They've committed the crime and now they have to do the time.

Come together, leave together 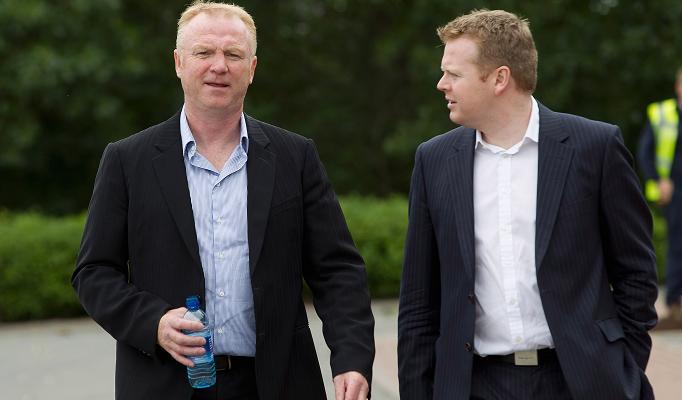 I'm also looking for hope. Hope that Randy Lerner does something positive. I hope he does. I don't know if he will. He doesn't have to. But if he does it the right way, he can make money and have success at Aston Villa. We have to embrace Randy because he owns the club 100% and we have to show the love.

To the match and I think we'll get three points tomorrow. I've just got a feeling that now we are safe, maybe not mathematically, but as good as, the players might go out and surprise us. They'll probably not know that McLeish is gone yet but they'll not be playing for him, they'll be playing for the new manager and without an fear, we could just see the best of them.

And just for fun, I hope he throws caution to the wind and starts with all the younger players. I hope. It would just be nice.

But after the match, it is just about waiting. We wait for the manager to go, for the new manager to come, for a new CEO and new players. Don't hold your breath on hearing from the owner, but he doesn't need to talk to us, he is the owner and he owes us nothing.

The odds tell a story