A win, a win, three points for a win

You know what happened. You know the full story. We scored, they scored and it looked like another draw. What you don't know is how it felt for me the moment we were awarded that penalty. I imagine, we all felt something last night at about the same time and probably quite similar.

Isn't that what football is all about? And how we got there doesn't matter for me. The manager has had less than a week and in two games we've picked up four points.

If we pick up four points from every two games for the rest of the season we should finish in the play-off places and there is even a slim chance we could end up in one of the two places for automatic promotion.

If you look at the table now we're only six points from the play-off places and 13 from automatic promotion and we have 33 games or ninety-nine points to play for. All this with the best squad in the League. Last night will, or should, go a long way to getting a few people to believe that it's not over until it's over.

And for me, just me, I'm going to believe. And I think it interesting that Gardner and Baker did well last night. Two lads that have come through the ranks and should be all about Aston Villa are what I think we need in the team right now and that they play in positions that will possibly see the ball more than others. I think it's very important but you know that.

And while the plan last night seemed to be one that maybe isn't how we'd like to think of Aston Villa, the bigger plan was to win and the master plan is to get promoted. As long as we pick up points week in week out and are on target for target, then I think we'll all accept it. 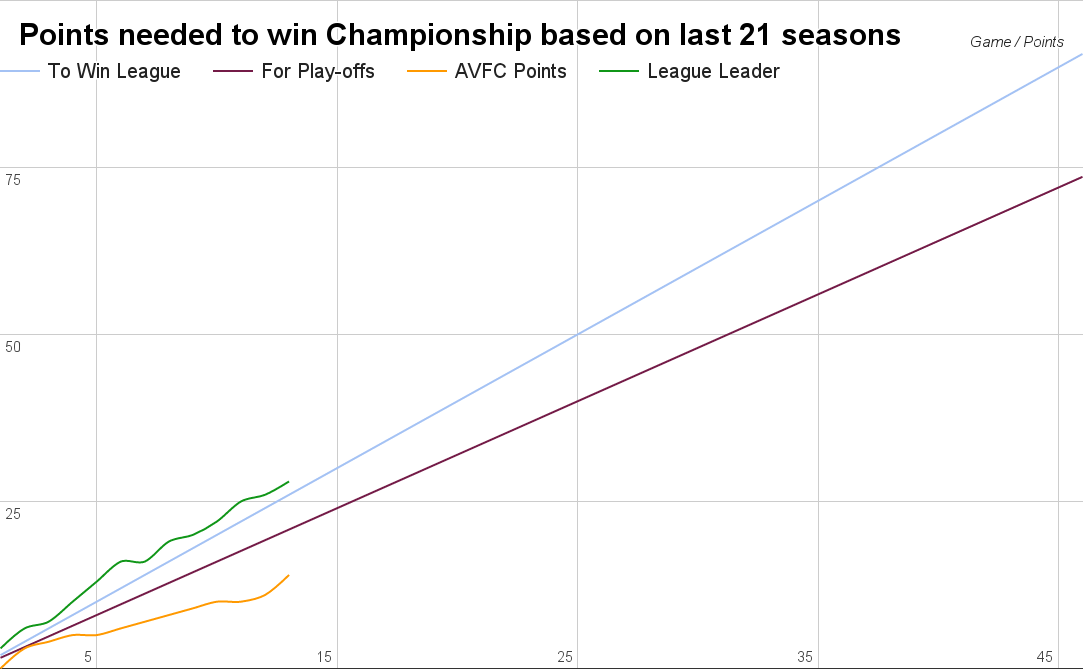