I spent this morning on the streets asking people a question; what team do you think of when I say the colour red? Four people said Liverpool, only three said Manchester United, two said Arsenal and one said Bayern Munich.

Then I asked ten people what team they though of when I said the colours claret and blue. All ten said Aston Villa. Aston Villa isn't just about the colours though, but it was nice. And yes, I might be making up all these numbers, but you get my point.

Unless you're in the East End of London or Burnley you can't be surprised that most people associate the colours with Aston Villa. That doesn't mean we'll win at the weekend, it just means we're more well know.

So, seeing as I'm writing about the colours, it's a pretty good time to tell you that we've teamed up with Savile Rogue to give you the chance to win one of the world’s finest cashmere football scarves in Aston Villa colours.

Savile Rogue scarves give a nod to football terraces of yesteryear, shunning the in-your-face logos and cheap nylon in favour of a traditional design and the comfort, quality and warmth of top grade wool. I've got a couple of these and they really are bloody fantastic.

It's the sort of scarf you'll wear all the time and not just at the match.

If you win, you can take your pick from any of the Villa cashmere scarves worth £58.95.

To be in with a chance, all you've got to do is predict the total attendance of matches kicking off at 3pm on Saturday. Leave your guess below and whoever is closest or gets it spot on, wins and the winner will be announced on Saturday evening or Sunday morning (more likely). One guess per user only and it's first come first served.

Premier League matches this Saturday, 3pm. Sorry and thanks for everyone that pointed it out.

But, if you don't win, we've also got a discount code for you that entitles you to a 10% discount. During the checkout process use the code VILLAIN13 to get 10% of any order before November 30th. 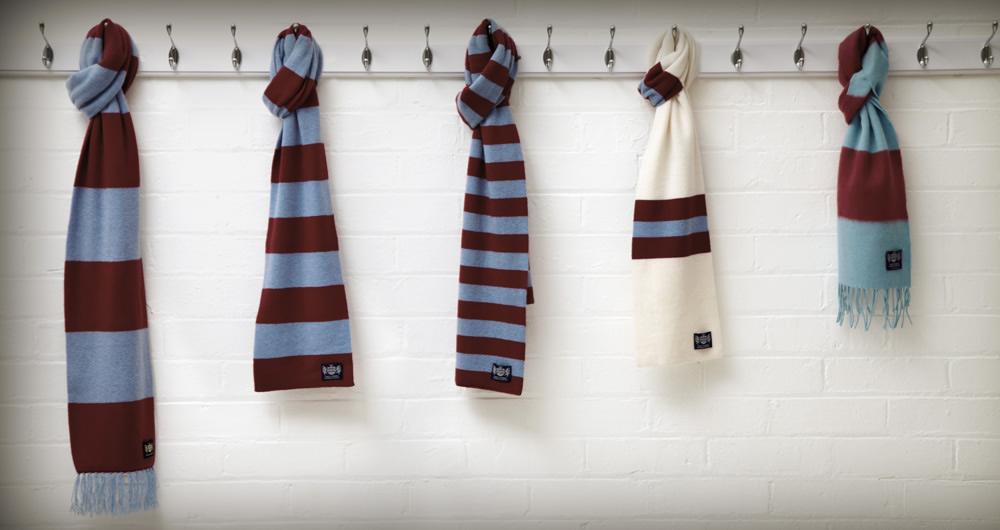 Football odds and bet of the weekend

Before I go; the odds for this weekend are quite interesting. You can get 12/5 today on us to win here and seeing as West Ham are below us and we're much better away from home, you've got to fancy that is a good price.

Which is why Aston Villa is in my bet of the weekend, but it is a risky one, but gambling is. My bet is us to win and Fulham to beat Manchester United. Odds are 17/1 here and I've got a cheeky felling this might just come good.

And that is my lot for today, basically a competition for you and a cheeky attempt at winding up West Ham fans. Guess below.