Post-mortem: Forget the result, it was about the football and the players 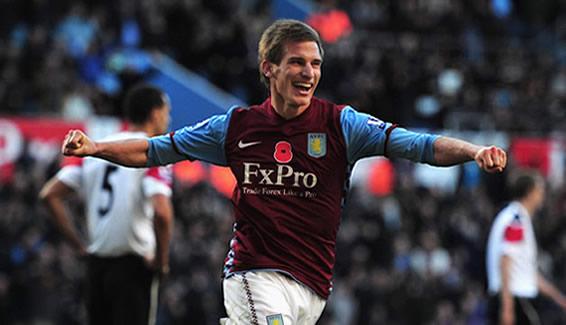 I've read a lot of comments since Saturday and some make sense while others don't and some are just so far out there that I've started to skip over them. One thing stands out for me and that is, what happens when the senior players are fit again and when I think about that, I start to worry a little.

You see, it isn't just because they had one good game, it is because a lot of us knew they would and a lot of us have been calling for them to get a chance for a long time and we know, given more chances they will get better.

I'm not saying that two of Hogg, Clark and Bannan should make up our central midfield but I am saying they deserve a proper chance and that is what worries me; will they get it?

Duncan White, The Telegraph
Of the 26 games Manchester United have gone without defeat, there cannot have been one they looked more likely to lose than this. After the game even Sir Alex Ferguson conceded that his team “could have lost six goals in the second half”. What made the home side’s domination more surprising was that Gerard Houllier had to field an inexperienced team, with nine players out through injury and illness. That callowness also helped explain their late capitulation.
John Percy, The Independent
Jonathan Hogg, 21, was playing on loan at Darlington last season and overcame a hesitant start on his Premier League debut to impress, while midfielders Albrighton and Barry Bannan also excelled. Bannan appeared undaunted by the prospect of facing United and has admitted he had more fear taking his driving test than facing Ferguson's title challengers.

Gerard Houllier
So we played an old-fashioned 4-4-1-1 or 4-4-2 because that was the only way. Otherwise we would have lost the game. That's tactics - sometimes you have to change them. I was happy at 2-0 because I thought that was the reward of the second half. But you have to give credit to the opposition.

This week the award goes to Stewart Downing with 44.2% of the vote. You can see the full results here, but in second place was Marc Albrighton and in third Barry Bannan.

That was the best Aston Villa performance I have seen in a long time and while I'd like to put it down to the manager, it isn't really down to him. Sure, he said the right things at half time, but it was as much down to the players and their desire.

You see, the five stand out players for me were Bannan, Hogg, Albrighton, Downing and Webcam and one of them is very professional, three of them are very Aston Villa and the other works hard and did exactly what he was supposed to on Saturday and that was distribute quickly.

It was a fantastic match and we really could have been four or five up before we seemed to take our foot off the gas and allow United back in and while it was a sucker punch, that I can still feel, I'm still extremely happy with how Saturday turned out.

Just heard that Richard Dunne has hurt his knee and that he is likely out for a while. Let's just hope that Clark gets fit again very quickly and if he is, things will actually turn out okay.