It feels like I could write these posts after looking at the fixture list as Lambert is so predictable. And okay, he's got the perfect excuse because we were down to ten men after twenty odd minutes, but even before the match I wrote that he'd probably play to not lose rather than go for the three points.

And for me anyway, it was summed up by what he did when West Brom scored. He replaced a defender for a defender and we started to attack the game. Until West Brom scored, we were happy to sit back and stop them from scoring. After that, we went for it a little, but we didn't really.

Although saying that, we had more shots after they scored in the 72nd minute than we did before they scored. But that is sort of The Lambert Way. He plays like Alex McLeish and is more worried about not losing than winning. I'm not sure it's the right way. I'm fairly sure it's not going to get us European football. In fact, I'm sure it's not the right way for Aston Villa. It's not The Aston Villa way.

But Lambert has that perfect excuse and many will throw it about tonight and tomorrow and next week at work. But we've got Manchester United next, then Swansea and Sunderland before the year is out. I'm not sure we're going to get that many points.

But it was against ten men. What else is there to write about it. It doesn't matter. We lost to West Brom though and that does. I'm not sure we can really use the excuse that we were down to ten men when you look at the actions of the manager.

But we have to live with it and move on. This manager isn't getting the sack until we know for sure that European football isn't possible because the owner and CEO don't have a scooby. 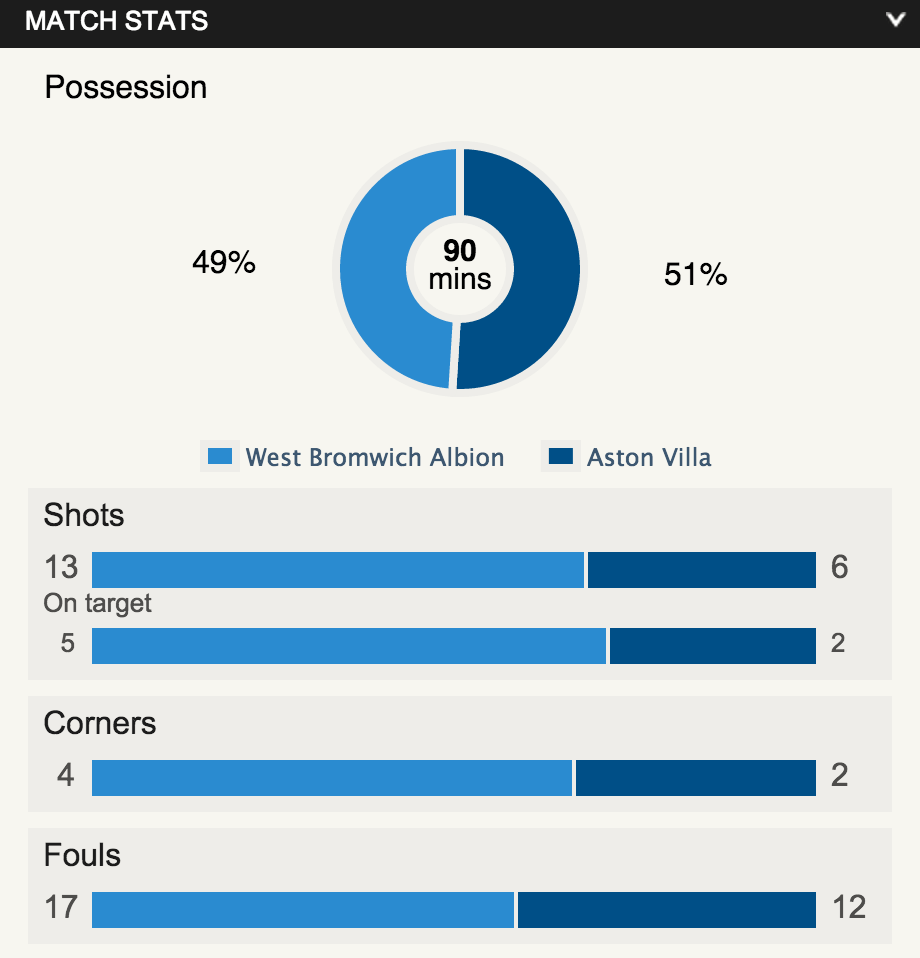