You all remember when I wrote that by appointing Roberto Di Matteo it probably meant more than one season in the Championship and you all know that I believe this season is crucial for the owner because we don't know how he's going to fund a season season.

Well, I think there is growing concern that he might not actually be the man and even though he was a calculated appointment, after picking up so few points so far this season, I think the calculators are going to be out tonight and I think I know what they're going to come up with.

And it's not nice to write. But don't forget, he was the wrong choice in the first place, so it's something we just have to accept and we move on. And I'm sure there is a list that is less calculated and more get the job done. And like I wrote the other day, don't be surprised to see a Steve Bruce type figure come in, just to get us up.

And it's not just that we didn't beat Ipswich or that we were actually fortunate to not lose, it's that we've won once all season and this is simply not good enough for Aston Villa. And when you consider we have possibly the best squad in the League, our football is dire and when the football is dire, you have to look to one person.

And it's not just that we've won once all season, it's that the football isn't getting better and this much time isn't needed. The chart says it all and that's where I'm going to leave it. But the parting of the ways could happen any time now, so don't be surprised. Just hope that the right work is done in identifying the man after the one to replace Di Matteo.

And I hope you know what I mean by that. 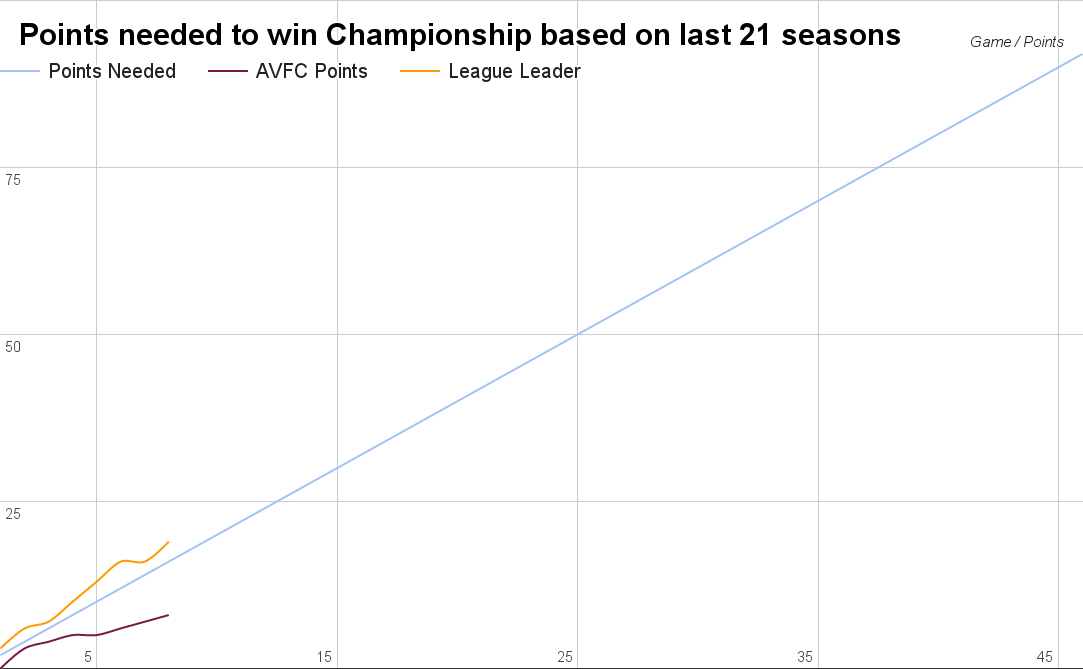