Defeat to Chelsea, but it's not such a bad start

I feel it needs to be written, but the result and performance yesterday is pretty much what I expected and I hope also, pretty much what you expected. If you were thinking different, then we can have a chat.

Players play a very big part, don't get me wrong, but it's the way we play football that is most important and yesterday, while there were glimpses of us trying to play football the right way, the likes of Benteke and Vlaar are not going to make that much of a difference against the likes of Chelsea or Manchester City.

And I know I've written this a lot recently, but it's why the matches against Everton and QPR are important. It's how we perform in those matches that really count for October and to some extent, the rest of the season, because we've had a quite impressive start.

It's not such a bad start

Paul Lambert said after the match that if you told him we'd get a point against Liverpool, Arsenal and Chelsea he would have taken it. In essence that is what we've got and with another tough game coming up and then the two games that we really should be winning, it's going to be a very big October.

But, don't be surprised or upset or disappointed. All things considered, it could have been a lot worse yesterday. Everton got spanked 6-3 at home to Chelsea and they do play the right way.

Next week is important and there is hope, don't let me write this off for us, but then we've got a break, to get ready for the two matches in October that really count. Me, I'm happy with ten points after seven games considering we've played the top four in those matches.

I'll be even happier with 16 points after nine games because that is where Manchester City were last season, in 6th place. We'd all be happy with that, considering the start and it has to be the target. 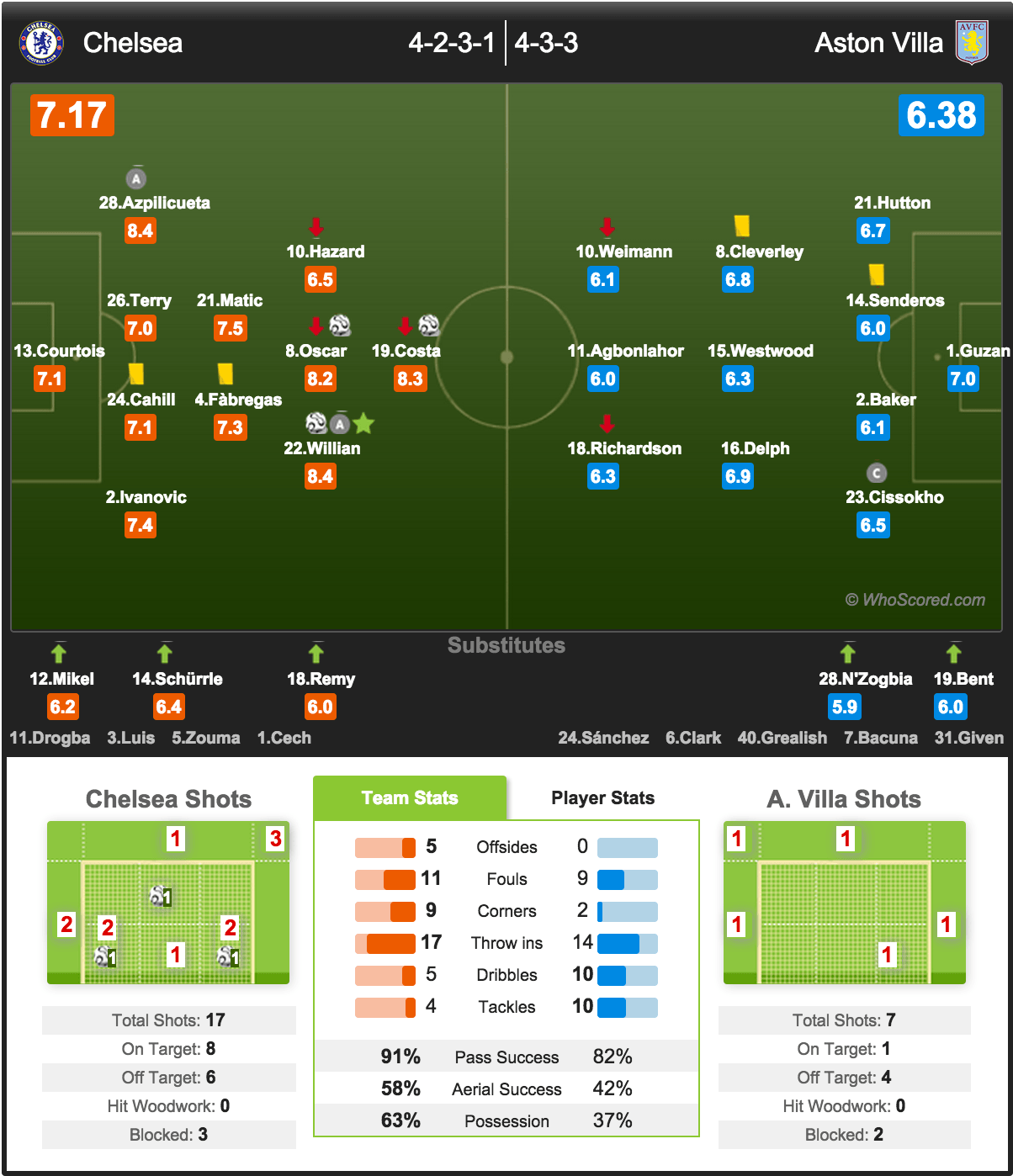