Competition time, something a wise man once said and a look to Stoke

I don't always listen to the phone ins, but I do like the podcasts as I can put them on the phone and listen on the way in to work. If it's Robbie Savage, it also helps me get to sleep at night so I often listen to him in bed.

And Savage isn't the wise man today, it's Ian Wright. One of the podcasts I was listening to this morning had him on and he was talking about the sackings of Clark and Villas-Boas and it made perfect sense. To me anyway.

He summarised the Clark sacking as wrong mostly because he was making mistakes and learning by them and he thought that West Brom were thinking themselves better than they actually were.

His main point was that clubs had to allow managers to make mistakes and learn otherwise they were never going to get better. The best managers learn and his argument was you never know unless you give them time.

As for Villas-Boas, he basically pointed to all the new signings as his downfall and suggested that he maybe only needed one in the summer and then pointed to Arsenal as the model they should have mirrored.

The reason I write this is because both of those points above can be levelled at Lambert. He brought in too many players in the summer, when we actually finished the season really well and he's still learning.

And I know that this isn't going to convince everyone, but we're not going to win the league this season or next, unless things change at the top and the club is never going to be an attractive proposition for someone unless we have some stability and promise.

This can only come if the manager is given time to learn and get his players playing the right way. It's not the right way at the moment but we saw towards the end of last season that he can get them playing that way. And like I wrote before; he wont be bringing in too many players next summer, so as long as he gets it right this season, it should be a lot better next time out.

I'm only going to touch on Stoke because it's a dirty horrible place and because there will be something on Friday before the match, but I've had a chat with someone who goes home and away and he had something interesting to say; Stephen Ireland is the main man.

Apparently and not having seen the match I can't confirm this, but he came on against Chelsea and was very influential and there is talk that he is starting to look very much the Stephen Ireland of old.

And here is the news about Stoke; Ireland is on loan from us, so he'll be playing no part this weekend. And apparently they have a couple of injuries. We need to win this game, so I'll take all the good news I can. 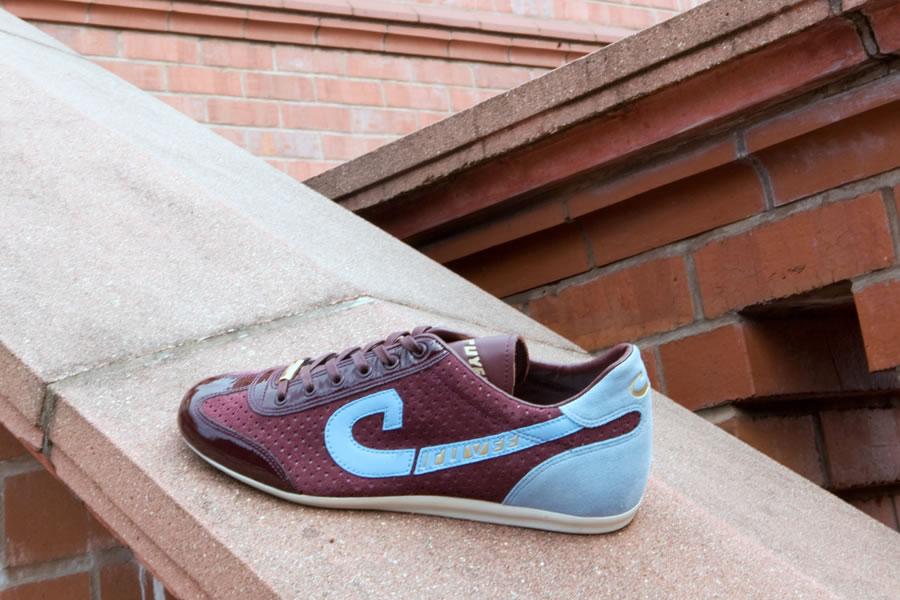 This almost beautiful, if a trainer can be described as beautiful trainer is a world exclusive in a limited edition run of only 350 pairs and is not available anywhere apart from trainerstation and if you want to buy a pair, it'll cost you almost £100, but today, if you answer the question below correctly, you get a chance to win a pair for free.

But before we get to the question, a little background on the Vanenburg. It's one of the most iconic Cruyff styles, designed by Johan Cruyff, one of the most stylish players ever to grace the game of football. So, this is what you have to do to stand a chance of winning a pair and regular visitors will know the format.

All you have to do is guess the total attendance of all seven Premier League matches this weekend and your guess has to be on this page by 12.30pm on Saturday.

This is how it works; you get one guess, if for whatever reason you guess the same as someone else, it's the person who guessed it first that owns the guess. If your guess is the closest to the correct answer and nobody else is closer, the trainers are yours. If there is someone else equally as close, then your names go into a hat and I'll draw out the winner on a live Google hangout (if I can do that).

And, if I've missed anything that is glaringly obvious, I can come back to these rules to add to them later. So, use the comment form below to guess and good luck.