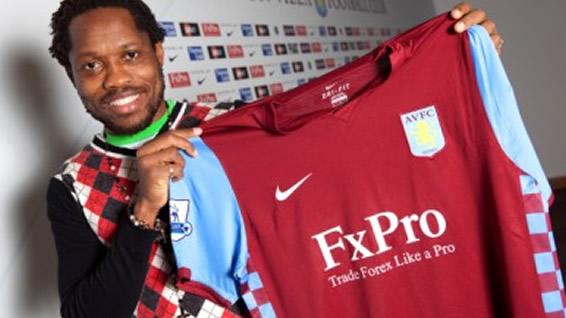 You all know this, but apparently Jean Makoun is at or was yesterday, at Bodymoor for a medical. Now, it is all just speculation, but the manager is confident, a fee has been agreed and I doubt the player would have flown here if he didn't know what he was going to get in terms of cash each week.

What I'm saying is, if it just comes down to a medical, you've got to fancy we are very close to making this happen and while there is an element of risk involved with bringing a 27 year old player to the Premier League, I think it is a very calculated risk and I think he'll fit right in.

After that, if Houllier can bring in one or two more players in this window, I fancy we will have a very decent team and as long as they can stay injury free, I'm confident that we will start to see the football really start to progress - which is what it is all about.

The speculation today seems to focus on a left back and a certain Maynor Figueroa from Wigan. The Daily Mail say we are going to step up our interest, because we have allowed Stephen Warnock to return to Liverpool on loan. Has Stephen Warnock left to join Liverpool?

This is just speculation but I wouldn't be surprised to see Warnock go, I've got a feeling Houllier isn't his biggest fan and Clark can not continue to play left back for the rest of the season.

Reports are circling that Martin O'Neill is about to take over at West Ham. Now, this might be true, but it is just speculation again, but if it is true and if any West Ham fan was wondering, I'll tell you what you're going to get.

O'Neill will play with a core group of players. Forget squad rotation and forget about a player coming in, doing well and keeping his place.

You'll not see your football played along the ground and expect fairly one dimensional stuff to come. But do expect to see fight from your players and them not giving up. But if Martin O'Neill is your next manager, all you've got is another Sam Allardyce. He will keep you up, but don't expect miracles and expect him to want cash to spend.

The Clowns at the Circus 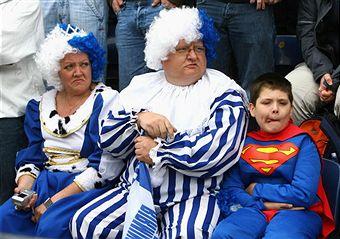 Tomorrow is a big day. John Carew is back in contention for a place, but out is Ashley Young and Emile Heskey through suspension.

We need a win and not just because of who it is we are playing. We are in a precarious position that only seven out of thirty teams have survived from in the last ten seasons. Tomorrow is about fight. Tomorrow is about who wants it more and we have to want it more.

They will park the bus, as they do, but it is up to us to give it everything for 95 minutes and to take the chances that we create. But whatever the result, don't forget, they will always be number two.

The deal is done, but the player needs a work permit. He appears to be happy about signing too.

Jean Makoun
I am thrilled to be here at Aston Villa. I am really, really happy and very proud to have joined a great club. Villa have been after me for quite a while, so I am delighted it's finally happened. I can't wait to get started now. I've left a very good club in Lyon, a side which has played Champions League football, but I am very excited by this new challenge at Aston Villa. Villa really want to do well and really want to achieve something, so I am really excited to be joining.
back to top