The chart, a video and still feeling great

We won yesterday and it was great. It still feels great. Football might not have been perfect, but we won and we need to win. Sure, passages of play didn't reflect the money we had spent, but you can only play what is in front of you.

And in time, it will get more effective. I don't think it will necessarily get better. Steve Bruce has never managed teams that played passing or possession football, so for any of us to think that is going to happen now is misguided.

And you could argue that yesterday was effective. More effective for me is just more goals and less worry. Because at 1-0 up we are used to conceding. It would be nice to get two or three and feel a little less pressure in a game. That is effective for me. Not passing and possession football.

And there was so much to be happy about yesterday. Kodjia, my man of the match, was hungry and that seemed to feed other players. Adomah and him play well together and hopefully they stay fit. And hopefully the entire team gets a good rest ahead of Wednesday.

Games are thick and fast in this League and we have to be prepared for the many matches. It's Burton on Tuesday and after the recent run, it's important that we don't lose. The chart below shows you how close we are and even thought there are a lot of games to go and we're in a place where we could draw and as long as we won the next we'd be on target still, three points as often as we can get them at the moment is what it's all about.

Bet of the day has to be Aston Villa to win the Championship. 14/1 with Unibet right now to win it or if you think Villa will finish in the top six, click here to double your money - it's 5/4 at the moment, but that wont last long. 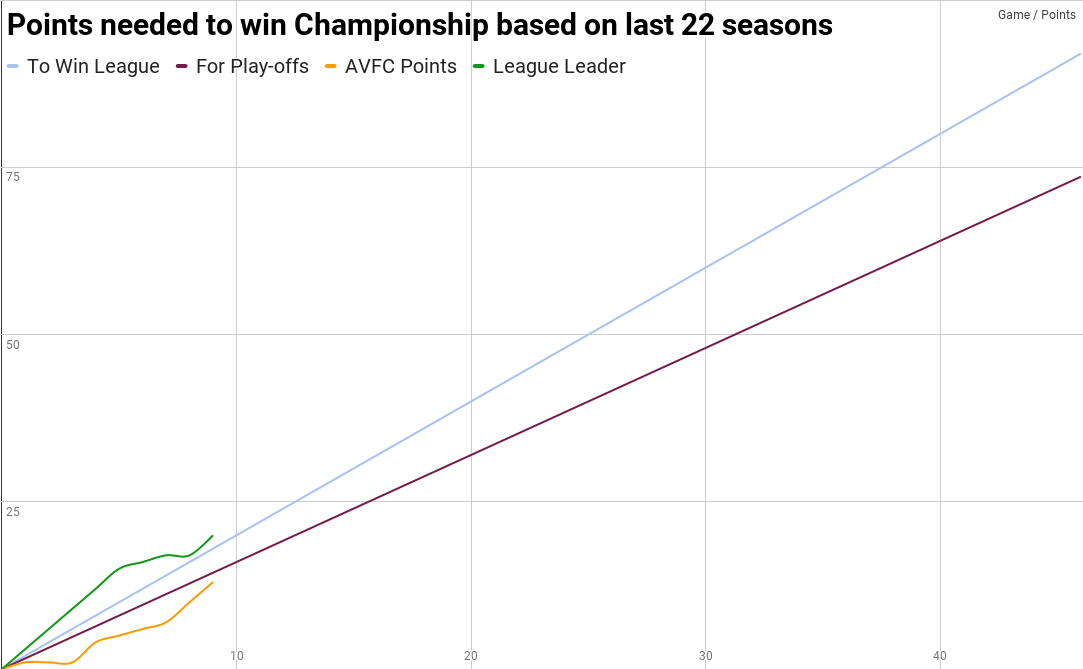