I didn't really know we would win today. I just had faith. Blind faith, but it was faith. And right now, we are out of the relegation zone with twelve matches to play.

I say fortunate because Ciaran Clark stopped two chances from happening that were almost certain goal opportunities and Darren Bent also stopped a shot on the line, that was going in. We were fortunate because we did well.

We scored the goals, but West Ham had more shots. We took our chances and we definitely wanted it more and at the end, we deserved it. In the end and even though West Ham scored with three minutes of regular time remaining, it was nail biting.

So, before I go, a little something about the goals. The first was a penalty. N'Zogbia was brought down in the box and Benteke scored the penalty. The second was special, it was a free kick from 22 yards scored by N'Zogbia who just lifted it over the wall and put it out of reach of the West Ham keeper.

The West Ham goal came late on, but it was as I said, nail biting, but it came from Westwood, but it was a freak own goal, so I'm leaving it at that.

But I'm going to leave it now as I've got to be up proper early tomorrow and I still want to celebrate a little, because we're out of the relegation zone, but before I go, Weimann missed a sitter after a few minutes, but don't hold it against him, we all miss sitters every now and then. 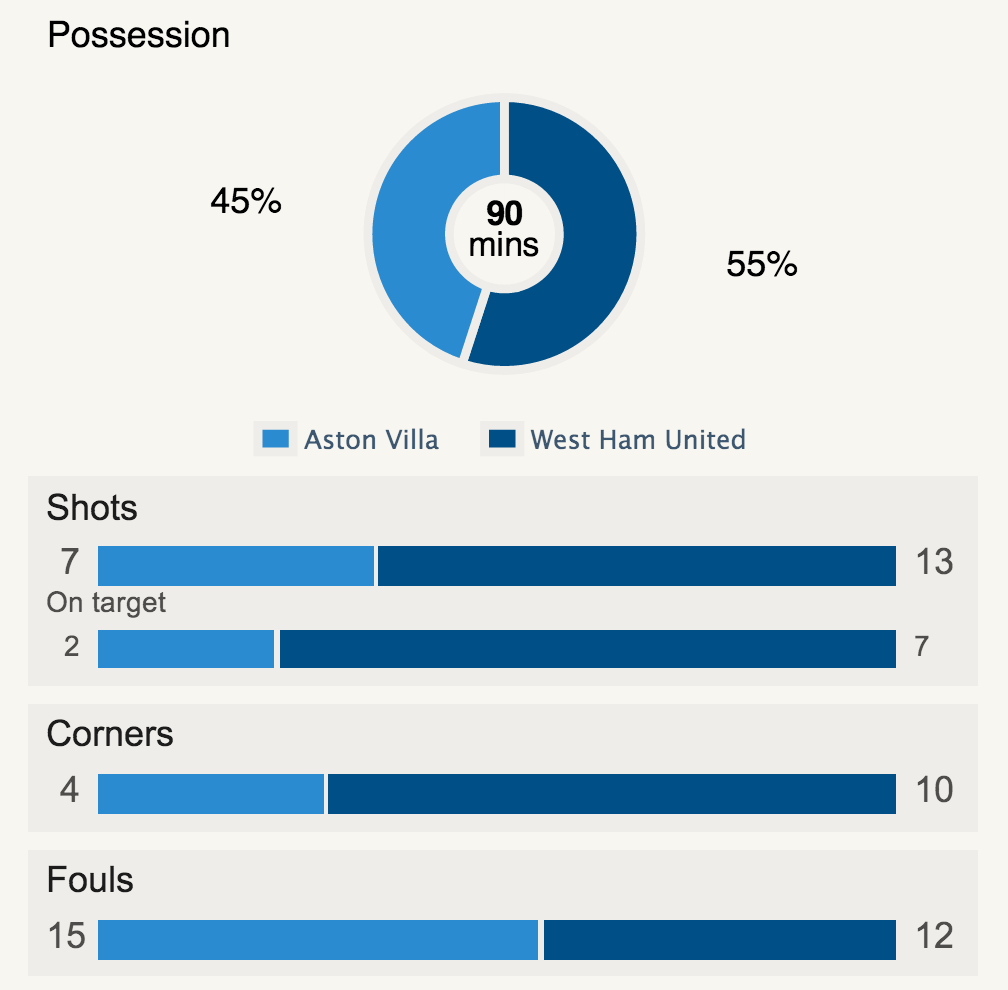