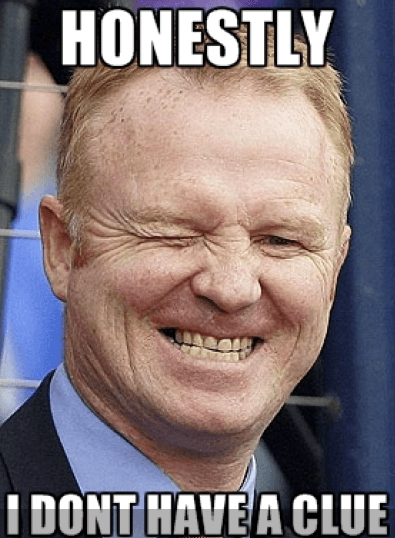 There is little for me to tell you today that you don't already know. The homepage is for the manager today, because honestly, he doesn't have a clue and he deserves that space.

But let us get a few things straight right away, because one or two are still walking into each other. First; Alex McLeish is a nice guy but it doesn't mean he is good at his job. Second, it isn't losing to Arsenal that annoys so many people, it is the losing with absolutely no fight and lack of ideas that rub people up the wrong way.

Okay, those things out of the way, what really gets to people is that we saw this happening. This isn't a revelation or something many are that surprised about. This is what most thought was going to happen. This manager has to go.

John Barnes
You can play that kind of football at Birmingham, but not at a club like Aston Villa.
Charles N'Zogbia
First time in my life I’m not happy playing football.
Dean Sturridge
It’s like Aston Villa are the promoted side.
Alex McLeish
There isn’t a lot I can do if the players can’t put the passes together.

The manager is a walking mistake. He got lucky in Scotland and has lived off that since and you know what, fine. There is no issue with that, but how anyone could have thought him a good choice is beyond me and it surely has to make you question who is running the club if they thought this was a good idea.

And you know what - they've gone past been able to rectify this. A muppet is what a muppet does. So no more quotes, because we have enough. We just need one more from the club now and that is that he has gone.