Match day: Fulham at Villa Park. Someone go wake up Darren Bent, he has a job to do 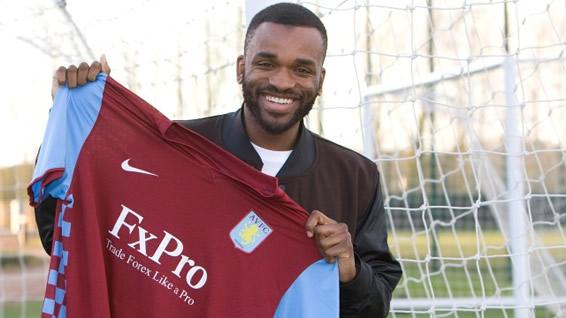 I bet Roy Hodgson is regretting leaving Fulham and I'd also have a fiver on most Fulham fans wishing he never left too. Hodgson came very close at Fulham and if Hodgson could just figure out what he had to do to get a team to win away from home, he would have been playing in Europe every season.

He got good, not excellent or very good players, playing very good football and he did it in a short period of time. But as so many before him, the lure of taking over at a bigger club clouded his judgement. He'll have kicked himself a few times recently.

But all that is history. Fulham now have Mark Hughes and when Hughes took over at Fulham, he as good as signed his own surrender documents in ever wanting to manage a top club.

Hughes doesn't need the money, he has done very well out of his property investments over the years, but taking over at Fulham is a job he can only fail at. The only way to walk away from Fulham and not fail, is to win them silverware or have them regularly playing in Europe and he wont achieve either of those and I also wouldn't be surprised if he relegated them and that would be very sad.

But enough of Fulham. We have a team capable of scoring a lot of goals today. We will be bubbling with confidence and we will be looking to attack and I have a feeling we'll not sit back on our lead in the second half this time.

I have a feeling that the manager will send them out to score as many as possible and fifteen to twenty minutes into the second half, after everyone has given 100% for the previous hour or so, he'll make a couple of changes to the midfield, but with instructions to keep going for more.

I've just got a good feeling about today. Makoun looks like the real deal. Darren Bent scored in his sleep last night and this morning. Ashley Young looks like he is interested again and if we start with a back four that includes Walker, Cuellar and Clark, I just cant see them getting past us today.

You can put my optimism down to anything you like, but I'm sober and not hungover. I'm not hungry and I've had enough coffee. Me, I put it down to how we have played football recently and while Fulham have had some good results of late, their away record still isn't great this season.

But to win, we have to go at them. We have to play the football we have started to play and we have to want it. that last bit sounds silly, but we have to make the runs even if nothing is going to come of it and we know it. We have to tear Fulham apart and having them always looking over their shoulder not knowing what is coming next.

I can see it happening today

Odds table below and as soon as we have team news, we will update this page. Please drop links below, don't forget you can still vote for our team of the generation at Footballocracy and come back closer to kick off. I'm off to finish a book and start an argument with the wife.

No place for Michael Bradley anywhere and Barry Bannan doesn't even make the bench. The full team is Friedel, Walker, Dunne, Collins, Clark, Downing, Petrov, Makoun, Gabby, Webcam and Bent. On the bench we have Marshall, The Fonz, Cuellar, Heskey, Reo-Coker, Albrighton and Pires.