Leeds at Villa Park, McCormack to eat and the chart

Someone made a comment that I always post after a win. So I didn't after Burton Albion, just to make a point. But it also didn't feel like a win, if you know what I mean. I'm not complaining, I've long written that I'd take a boring 1-0 win every day of the week - you can't complain if we're getting three points every week.

Football is about winning and in the mess we're in, we have to take wins whatever way we can get our hands on. And tonight, we need to get a win, even if it is one of those that are boring. And again, I think we will.

But I am part of that small group of people that believe we've got a squad to be feared in this League and with a manager that knows how to get promoted, he'll eventually get them to play together and we'll eventually start to spank teams on a regular basis. And I do think it's just about finding the right way and I'm hoping the goal from McCormack against Burton Albion will help.

I say that because he's come in for a lot of stick since arriving in the summer. For many, players are expected to make an instant impact when they come from another club and it's wrong. It's even more wrong when you think that Di Matteo possibly didn't want McCormack and he was then managed by Di Matteo. That's why I hope the goal will help him because he certainly knows where the goal is.

And with Kodjia and Ayew away in January, this is a great opportunity for McCormack. It's almost as if we're serving the food, it's up to him if he eats. What I'm trying to say is we will see in January how hungry he is for it.

So, with that written, again, it's about the match and hoping that things click and if they don't, hoping that we play like we have for a lot of this season now and scrape a victory. I'll take either because three points will put us three points from the top six and going into the New Year, that is certainly something we should be happy about considering the massive gamble the Club made at the start of the season.

So I'll be here all day because I've got a cold and I'm going to bring a duvet down to the sofa. But I'll be alert and awake about an hour before kick off with team news and whatever else I can find. 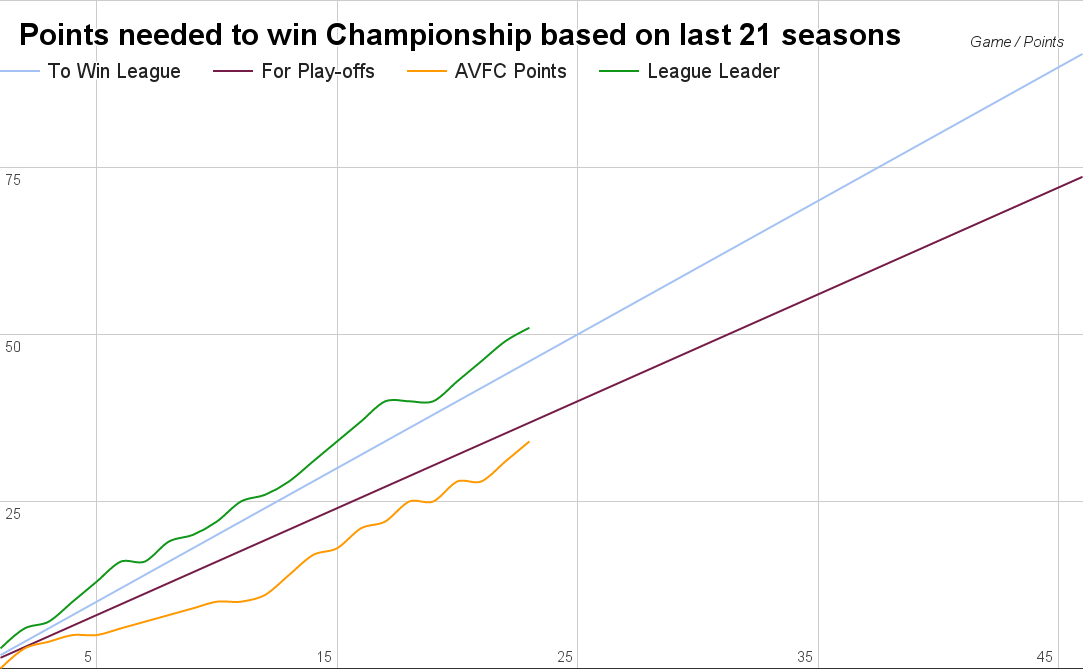