Aston Villa at Ipswich, a confession and a video

Well, it's been a fairly typical Aston Villa week. And I write that because while I was looking forward to this season, thinking we would have a chance of winning the league and for me, football is all about winning, I need to see three wins on the bounce and us dominating games, before I'm going to start to believe it's going to happen.

And those wins need to start to come very soon because even my belief that we're going to be promoted is starting to fade. But that is why we have a CEO who knows something about football and why he made a 'calculated' risk on Roberto Di Matteo.

And for those that don't read every post, I call Di Matteo a calculated risk because if it gets to a place where he has to for us to still have a good chance of finishing in the top two, I think the CEO will make the decision and our owner will figure out that it's not about what people say.

And again, like a mug, I think we're going to win today for no other reason than we should. Well, we should if you look back to the end of last season and the start of this one.

The longer it goes on that we're not winning, I'll end up accepting the Championship for another season, much like I thought would happen when appointing Di Matteo.

But today we're playing a side that has a manager that knows all about this League and knows exactly what each match needs. So while I think we should, because of the players we have, I'm not going to get my hopes up. I'm going to be happy if we do, but if we don't, I don't think I'm going to be that bothered.

And the chart is below, so you'll see how important it is to win, but you'll also see it's not actually that far off. 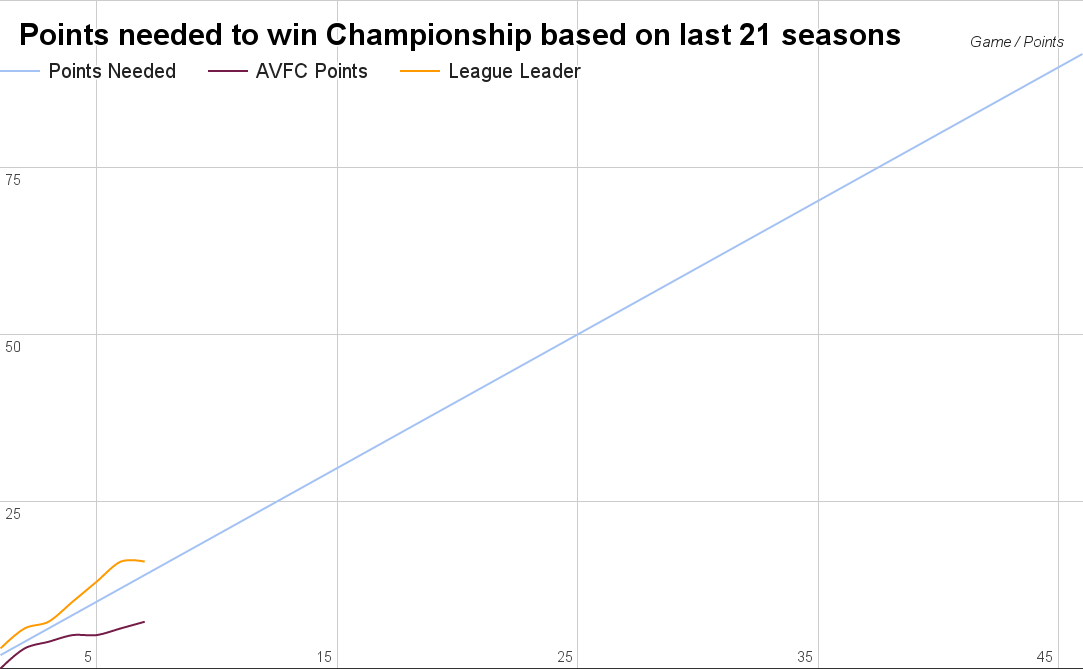