Keep Gabby away from the team please Mr Bruce, Bolton today, something new for the Aston Villa glossary and the chart

I've had a proper cold all week, so I apologise for my lack of activity. I also apologise if you've called me or emailed me and I've replied with garbage. You might think that just a normal day, but this week has been special and I've never had a cold like this. In fact, I'm willing to go so far to say that if this was a proper cold, I've never had a cold before in my life.

But I do feel as if it's been a good week mostly because it's nice to see supporters aligning with the manager. It appears that those that wanted him sacked a few games ago seem to be accepting that all things considered, he's probably our best chance.

And when I say all things considered, I mean that he seems to have a knack at getting teams promoted from this League, he's been backed by the Club last January and this summer and that a change in manager now, from the most successful manager at getting teams promoted to someone else, will probably not be such a good thing. That the team seem to be playing well also suggests that they can and that that is all we need them to continue doing.

And you might laugh at the 12th man concept, because the game has changed a lot over the recent years, but I'd suggest that it's not just in the stadium these days, it's online too. Imagine what could happen this season if there is real optimism online, in the stadium and on the pitch and everyone believes we can win this League.

Even if that optimism is forced, because you don't want Bruce and will be happy to see him resign with a huge bonus if he gets us relegated because you know, just like everyone else, that the Premier League is probably not where his skills and experience are best suited. Thinking of it as biting down you Howard.

So, the focus is very much on the match today but because I'm not using Twitter to keep up to date with Aston Villa news and because I've just scanned the comments in moments of clarity, if the news is true that Gabby Agbonlahor is fit and available for today, I only have one message for the manager.

Do not let Gabby near the team

And I know many will think that harsh, but do you think it's a coincidence that we've started to do so well when he's not been anywhere near the team? Sure, he might look like he's making an effort in training, but that's it. It just looks that way. It's his entire personality that rubs off on people. What he says doesn't match up to what he does.

Behaviour breeds behaviour and his is not what you want anywhere near the team and sure, you might think it a coincidence, but we're winning without him and we've got options without him. When you let him near the team again is the day when we wont win. Don't let it be today Mr Bruce because anything but three points today and those that have just started to accept you will turn on you just like you'd expect.

However, get us into the top two in the next ten games playing with confidence and scoring goals, then you can play Gabby and be forgiven. But you'll also then be shown why you can't play Gabby. All I'm saying is don't risk it now, it's not a coincidence. 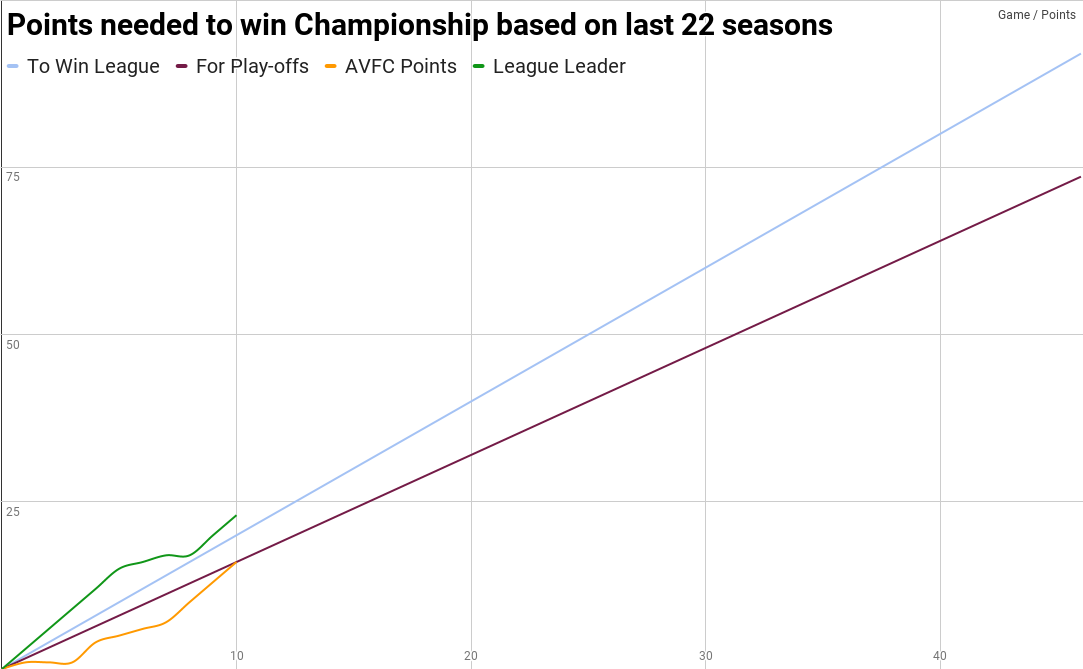 Final word and bet of the day

It's nice that Bruce is getting accepted. It's sad that some were so quick to understand where we are and accept that we're not going to get Ancelotti or a style of football that is going to get us playing European football next season. But we're getting to where we need to be.

And yes, I've added a new entry into the Aston Villa Glossary, did you figure it out?

And yes, I'll be here for the match and I'll also be having a bet. I've put a tenner on us and Manchester United to win and Spurs to draw. It pays £70 back with Unibet and you can get that price or others by clicking this link and yes, I do make money when you sign up. It pays for my beer. Watch the film above and listen to the man.