Aston Villa have some special people at the club now. And this week Mervyn King was given a seat on the board. A seat on the board for a retired banker. Read into this anything you want, but it's not that. When will you learn that things like that don't happen around Randy Lerner. King has got the seat because of his former role, not because he's actually going to do anything.

But that doesn't matter. What matters is three points against Norwich and I'm feeling confident in that today. As it stands now they're ten points above us. This is exactly the type of match we have to win. Lose today and you can basically embrace relegation like Hollis will embrace his pre-match food. Today is must win.

But that probably wont happen. I like Remi Garde, I really do, but he's not the man and he was never the man. It was a bigger gamble than Sherwood. And I wrote about Remi here and Sherwood here. I'm linking to those posts because it's nice to remind some that nobody here went mad for these managers and we'd written several posts about the risks of these managers.

And this is why, sadly, that we'll probably not win today even though I feel confident. That's blind optimism.

All that written, it's time for the match. It's actually time for me to get out of bed and take some pain killers or a shot or both. I might do both, just for that little pick me up, because going through today, blind of the real world and in a Tom Fox haze, is probably the best thing for us all.

Team news is coming up, probably a drunk prediction or two from me and is this going to be the day that I accept relegation? The chart is starting to look more and more like an impossible task. Today could be that day. 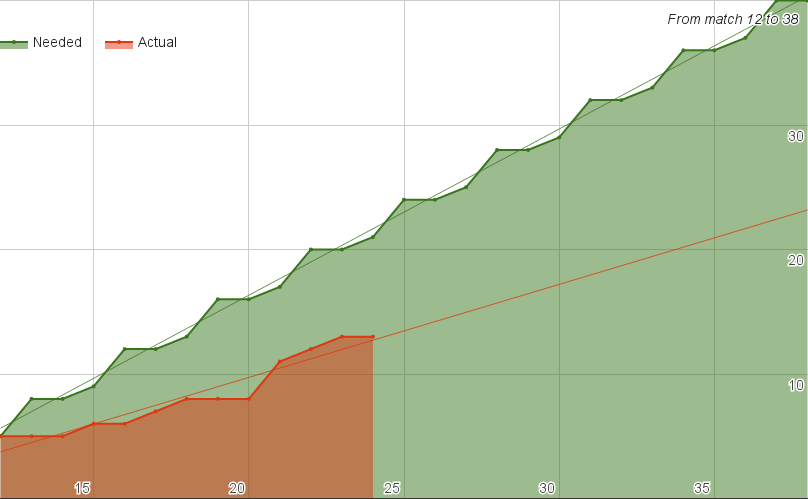