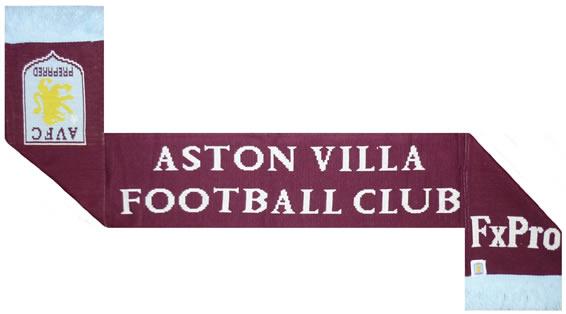 What we need today is three points. If we get three points, we start to create a little gap between us and the bottom three. Three points isn't vital, but they are very very important.

I don't need to stress this to anyone, I don't need to copy and paste the table. Everyone knows that three points are important today and that is the only thing we need - one really isn't good enough.

I don't know what to expect when it comes to the team - I don't think it is very easy to pick a team under Gerard Houllier, but I wouldn't be surprised if it was very very close to the team that went out and got a point at Everton last time out.

But as soon as the team is is announced we will publish it here. But before the match, no speculation surrounding Ashley Young - just words. Unfortunately, they are not very different to the ones he told us a few months ago.

It's always nice to be linked to those teams but I'm an Aston Villa player. I've got a year left of my contract. I just want to do well for the club and, if you ask any of the players here, they just want to get us out of the situation we find ourselves in. I've always said we are going to talk about contracts at the end of the season and that has not changed.

I'm concentrating on everything that is going on out on the pitch and my focus is fully on doing well for Villa and getting ourselves out of the situation we find ourselves in. There is nothing going on in the background. I'm just concentrating on football and I think my performances have been good. I don't know what more you want me to say. I'm putting in 100% every time I go out there.

I've spoken to the manager, I spoke to the chairman at the start of the season, and they are all happy with what I've said. Of course, I dream of winning trophies. I think every player, if you were to ask them, would say they want to win trophies and titles and medals. I'm no different.

I'm an ambitious person, like any other person who's in football, to win things. If you were to ask any player why they are in football, they would say to win trophies. Can I do that at Villa? Of course - I wouldn't have signed for Aston Villa if I didn't think so.

He has added a bit and it is nice, but he is only reiterating what he told us before and that every one at the club is aware of it. He has also confirmed that nothing is going on in the background and when a man says that publicly and we have no reason not to believe him, then you have to take him at his word.

Now, this could just be me, but if we offer him a seriously tempting package to stay - I think he might sign. I think he is enjoying his time with us and I think he he has something to prove and that he might want to do it with us.

Right, to the match. I've not waffled on to much about it as we all know what is needed. You can watch it here and there will be updates all day on this page.

If you are going; don't forget your scarf and your singing voice. Ninety minutes of support is needed and you need to roar. I'm off for coffee - but back in an hour or so.