Norwich are actually doing okay this season. Many expected them to be where we are now by this time of the season, but we go to them today nine points behind them with our manager saying if we don't win one of the next two we're down. Many around him are saying we have to win the next two.

This is a must win game for us and there is no excuse that anyone can use and I don't expect any to be used if we don't win. If the players don't understand then it's fair to assume that they've given up. But you can hardly blame them - the shit has fallen down around them and they've had no control over it.

And there is talk Micah Richards is back today. I'm not sure if that's a great thing. We've finally stopped losing and we are going to disrupt the back line. I think it's a good idea for Richards to play at right back but I'm not sure Hutton deserves to be dropped at the moment. I know he's the captain, but I don't think he deserves a starting place.

But what has to happen today, that hasn't happened in the last few matches or this season, is we have to go out to win for the duration. There is no point sitting back, hoping to get something on the break, because that means the opposition score and we are then having to chase a game. I know it's easy to write, but I'm trying to make it simple, because I think some make it complicated.

We do that and we have a chance.

I'm at home today with a cold and kids, so I'm going to be here doing the thing today. It's going to be fun and I've got a good feeling. I mean, we were at rock bottom, we've sort of levelled out and now there is only one way to go. A slip up today means we start to get ready for the relegation party.

Where we will be if we win 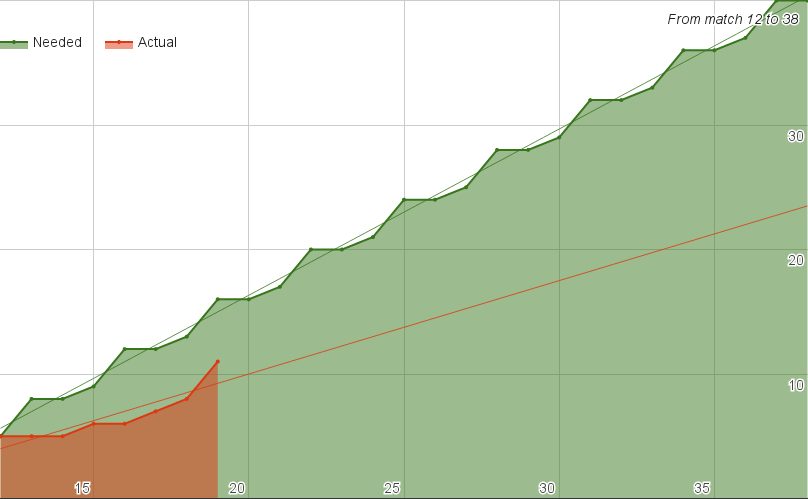