Randy for a day: Transitional season nearly over, so who should be the next manager of Aston Villa

Transition. Damian’s been banging this drum all season long. And you can’t deny the guy has a point. This season has been a topsy-turvy fun fare attraction as far as Aston Villa football club has been concerned.

I mean let’s not forget how it all started. Remember that Martin O’Neill chap? He once said something quite enlightening.

Martin O'Neill, April 2010
You wouldn't just down tools. It's not been in my nature to do that. I couldn't envisage that sort of scene - just throwing the toys out of the pram.

Before promptly throwing his toys out of the pram. 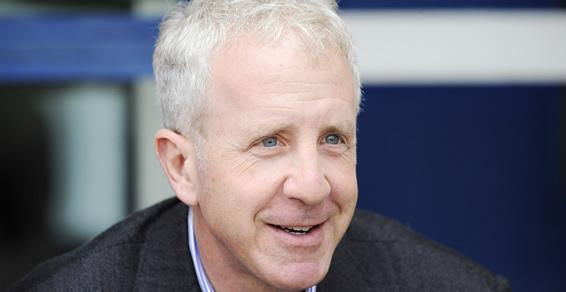 Anywho, life moves on, and we eventually welcomed (well sort of welcomed) Gerard Houllier to B6.The 63 year-old experienced French boss was handed a two year deal. Most people weighed it up and came to the following conclusion: he’s not perfect, but he’ll provide a solid stopgap and will hopefully steady a wobbling ship before we find someone longer term.

I think it would be generous to say he’s succeeded. The ship is undoubtedly still wobbling. And without the acquisition of Darren Bent, the ship could well be sinking fast. Just be grateful Randy showed more ambition than West Ham – imagine if we were the mugs who’d plumbed for Robbie Keane to save the day.

So yes, labelling this as a transitional season seems fair. Sometimes for transitional it would be fair to read shite. However, we must look at the positives from this bumpy ride.

I won’t go into detail on the excellent performances from our youth players or some of the decent signings we’ve made this year. Quite frankly season reviews can wait until late May.

Instead I’ll focus on the next transition – i.e. the one in the manager’s hot seat. Now, I wish Gerard the speediest of recoveries and hope he lives a long and fulfilling life. But make no mistake; the Aston Villa board will be considering replacements as I type. I should imagine they were anyway considering a) the length of Gerard’s contract and b) his substandard performance.

Sentiment needs to be chucked out of the window at this stage. As I say, I can only imagine the board were considering thanking Gerard for his time come the end of the season whatever his health. But we can’t ignore the fact that this has accelerated the situation. We have to assume he’s managed his last game for the club.

Last summer we were forced to make a hurried decision thanks to the man in the pram. This year we can dictate the situation. Everyone knows the importance of the summer transfer window. And I can only imagine it’ll be a busy one for Villa as always. Least of all fighting off suitors for the jewels in our crown. We need a manager at the helm for all of it.

There will be no shortage of managers keen to take the reins. After all we have a Chairman who splashed £24m on one player in January.

Already the usual names are being bandied around; Moyes, Hughes, McClaren, Jol, Benitez to name but a few. This time we need more than a stopgap. We need someone who can build a team and grow with it over the next five years.

So, who would you target if you were Randy?