If the speculation is correct and Stewart Downing does sign, talk is it was done a few minutes ago, then the talk surrounding Sylvain Distin and his trip to Bodymoor for a medical might also be true.

The 31 year old, if he does sign, will be signing for a fee thought to be between £2mn. and £3mn. and while he is a decent defender, that I think once scored against us when he played for Manchester City with a run from the half way line (my memory may be way off here), he can't surely be thought of as a replacement for Martin Laursen.

Now I know Laursen had a big pair of boots and it will take a very very good player to fill them, but I think Distin will be a good player for us and he might very well be considered a first choice central defender for the manager.

It is only speculation and Villa might not have had an offer accepted, but we have TV cameras at Bodymoor today, so you never know, Sky Sports News might very well be breaking it soon, you never know. 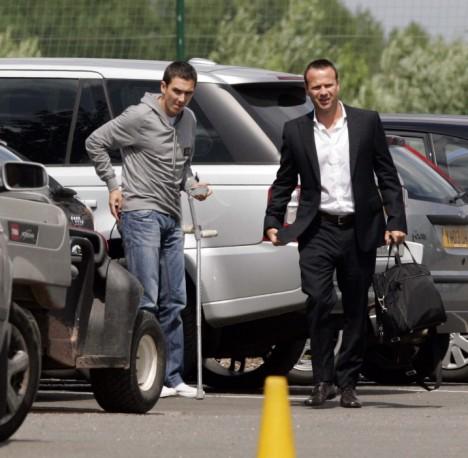