Brighton and Friday night football, the chart and January

I'm stuck at the airport and I'm struggling to remember a recent Friday night match. We've probably had one but for the life of me, I can't remember one. Anyway, I write that because we're playing Brighton tomorrow and it's Friday. It's like, this could make the weekend.

Three points on Friday and then waking up on Saturday without a worry or care. It's almost as if we need this. And it's not that we don't have the odd weekend where we're not playing and it shouldn't matter, but this is a football weekend again and it would be lovely to go into it having already won.

But Brighton will be tough. But it's a match we must want to win. I heard someone on the radio the other day start to get a little carried away, like me, that finishing in an automatic place is still possible. If it is to happen, surely we have to be able to beat the team in second place at kick off and I'm still getting carried away, because I believe it's possible.

Best squad in the League

And someone left a comment last week about why I believe we've got the best squad in the League, so I'll use this post to explain my thinking and it all starts with us getting relegated. You see, we were relegated from the Premier League and it wasn't just about the players, it was mostly because of poor management.

That poor management, from the very top, got us relegated. The poor CEO's appointed poor managers and because of that our squad is perceived as poor. But a fair chunk of it is still a Premier League squad. Add to that, the new players were either Premier League players or very very good Championship players, that is why I believe we have the best squad in the Championship.

And had we started the season with Steve Bruce, which is what we should have done, we'd not be sitting where we are now and we'd likely be sitting where Newcastle or Brighton are today. And that is why I think we've got a very good chance tomorrow night. And also why we should be optimistic.

But it's worth pointing out that Brighton are on a little run. They've only lost twice this season and that is better than any other team in the League and of the eight games they have played at home they've lost only once, winning six times. Brighton wont be a walk in the park but we have to go there believing we can win. And I do.

And that leads me on to the chart. After 16 games, we're looking a lot better than we did and we're very much heading in the right direction. It's below. 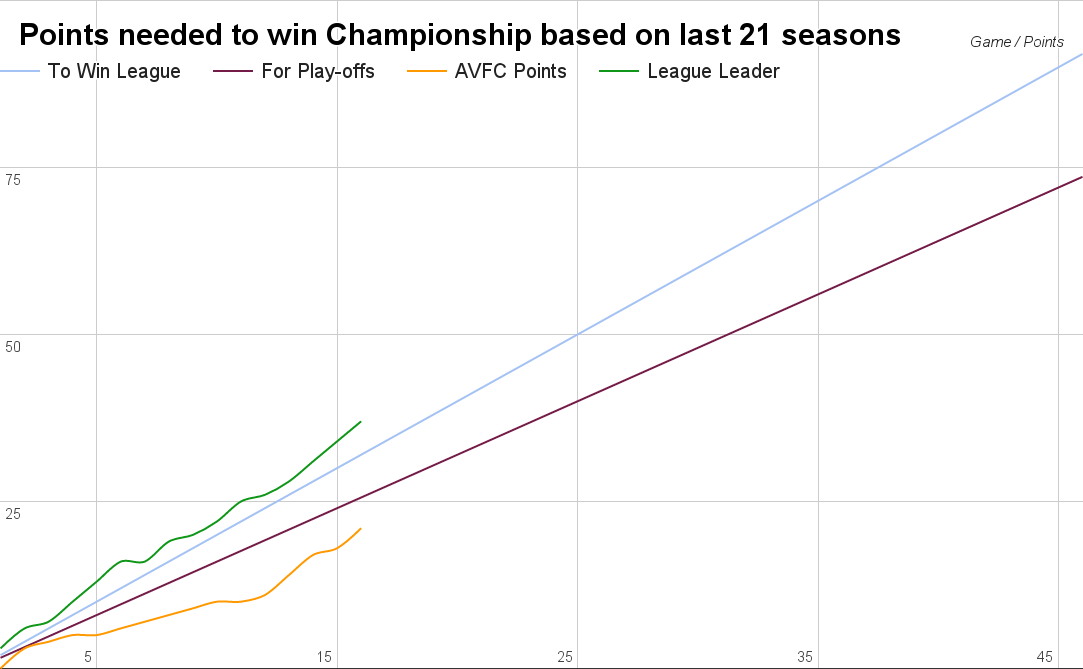 And before I go, I've got to mention January. The speculation has begun and I have no doubt the manager will want one or two players and that he should get them. But it's also important for the team that he's building that there is not too much disruption in January, especially if we continue on the path you see above.

So on that and because I'm getting lazy in my old age and not following the sites that start these rumours, if you know of something interesting please link to it below - I'm going to try and convince myself he's not going to go silly and it's going to be sensible signings, but I have no idea who we have been linked to, only that I know it's started.